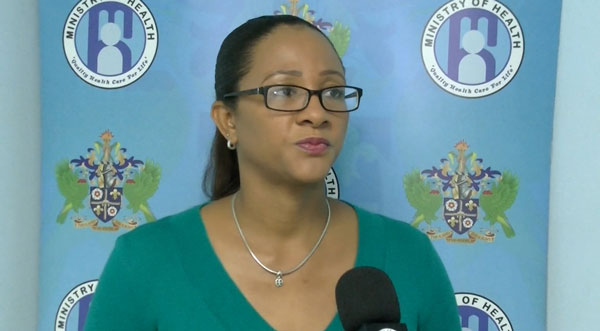 A new normal seems to be emerging in Saint Lucia following this past weekend’s announcement by the Chief Medical Officer Dr Sharon Belmar-George that the country has two confirmed cases of the coronavirus or COVID-19, both imported.

From the announcement of the first case last Friday afternoon to that of the second the day after, the usual handshakes and hugs as forms of greeting seem to be on the verge of being replaced with other forms, like fist and elbow bumping. Even more space than usual is being advised and in some instances being practiced, when Saint Lucians greet each other.

Fuelling this and other changes is advice coming from the Ministry of Health and policy decisions taken by the Cabinet of Ministers, which over the past weekend have been holding meetings with various sectors of the economy in an effort to find the best strategies that would stop the dreaded virus from entering the country and stop its in-country transmission.

First was the extraordinary meeting of Cabinet last Saturday as Ministers mulled over the startling Revelation that in the space of less than 24 hours two positive cases were identified. Then on Sunday came the meeting with the private sector, the purpose of which was to allow key stakeholders of the private and economic landscape the opportunity to make recommendations and proposals to halt the spread and entry of COVID-19 and how best government can move forward in light of its mandate to protect the citizens of Saint Lucia.
“At this time, our focus as a Government is on containment and mitigation. This is why it was important for us to meet as a collective to decide on a strategy moving forward. To ensure that no segment of our society is left behind. We can only do this together,” was the cry from Prime Minister Allen Chastanet who chaired the meeting on Sunday.

An overview of the economy was given. An overview was also given on how the decisions made today could have a financial impact on government, households and businesses who depend heavily on sectors like tourism, trade and business.

Both the business sector and hoteliers are anxious of government’s next steps moving forward as the latter have started experiencing high cancellation rates at their hotels.

The government’s consultative process continued yesterday at the Pointe Seraphine Financial Center where a National Emergency Management Advisory Committee (NEMAC) meeting was held, which saw both the opposition and the government sitting at the same table discussing the next step forward with politics set aside, at least for the time being.

“First of all, let me inform you that our party stands ready to support all meaningful efforts to prevent the spread of the COVID-19 in Saint Lucia. We will do whatever is within our power to mobilize all our networks to ensure that this deadly disease does not spread and does not get uncontrollable in our country,” said Opposition Leader Philip J Pierre, the first to speak at the NEMAC meeting.

Pierre recommended that the government establishes a COVID-19 task force to include all government agencies, the opposition, civil society, churches, health and professional bodies. He called for the Chief Medical Officer to be fully empowered and resourced to take all decisions that are necessary.

The opposition leader also called for liveable and comfortable areas for quarantined persons, noting that those under quarantine would be going through a traumatic experience. He called for comprehensive screening at all ports of entry and for advice from Taiwan on how to control the disease due to the Asian country’s ability to contain the disease within its borders. He also emphasized the importance of social distancing and for discussions on the banning of mass crowd events.

As for the closure of the country, Pierre said that may happen, however, it’s a taxing issue and care must be taken before such a decision is taken.

“We think that the government must be open and have constant communication with the people, both in English and Patois,” he said adding that the economy will take a massive blow as it relates to the impact the COVID-19 will have on tourism and suggested that government look into using the pool of money available to the country making reference to the airport departure tax.

“That money should be used to stimulate the economy, to assist workers who will inevitably lose their jobs, assist taxi drivers who will lose their income and to assist everyone who makes a living directly from the industry,” Pierre said, noting that this will be a hard decision to make but people do matter since without people there will be no economy.

Pierre even called on the government to look into using the National Insurance Corporation as a way in which to help people if the economic situation in the country gets drastic.

Prime Minister Chastanet, who spoke after Pierre said the threat to the Caribbean region was elevated earlier this month and that the committees Pierre recommended to be formed were already formed, NEMAC being one such committee.

“The battle here is about saving lives,” Chastanet warned.

Saint Lucia has since intensified its travel restrictions of persons from Hong Kong, South Korea, Japan, Italy and Singapore to include Spain, Mainland France, Germany, Iran and the United Kingdom effective today, March 17.

Martinique and Guadeloupe, both territories of France, still have open borders with Saint Lucia. Special protocols are currently being discussed as to how to manage the interactions with each other. Ports such as Rodney Bay and Soufriere will be shut from private and small boats coming from Martinique.

Chastanet explained that shutting the country’s borders are easier said than achieved as several factors would have to be considered.

“I can assure all Saint Lucians that in the last six weeks, when it comes to making a decision between commerce and the safety of the people of this country we have always sided on the health and safety of our country,” Chastanet said.

Currently both positively identified coronavirus cases are said to be stable and doing well in isolation units under the care of the Ministry of Health.

Forty-three persons were under quarantine, however that number has dropped to 32 as per yesterday morning. Two persons are quarantined at guest houses. Ten persons had been isolated, now there are six, two of whom have been tested positive for the virus. Test results are being waited on from CARPHA regarding the others in isolation.