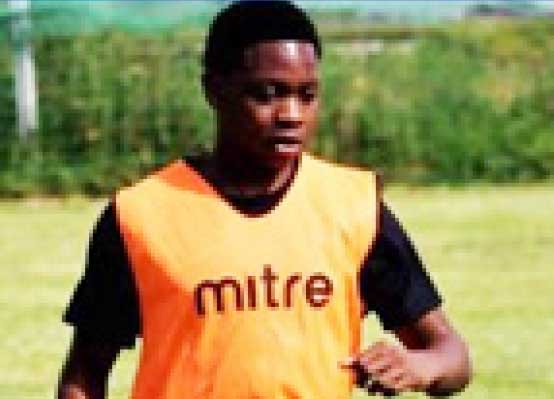 He is the product of a well-known club in the Gros Islet Football League, GMC United. Tyrece started his playing career at the age of eight under the guidance of then head coach, Gary St Rose. St Rose was rather impressed with his development and brought him Trinidad and Tobago to train with semi pro club W Connection.

At the age of 14 Tyrece cemented the midfield position as his own, in all competitions for club, district or national. He quickly moved from the youth team to make the starting 11 for GMC United. In 2017 he was named Youth Player for the Season and collected the MVP award for helping his team win the Promotional League.

In that same year, GMC United went on to win their first major title; The District Rep Cup! In 2019 he guided his club to first division football where they topped the table for the second division Saint Lucia Football Association (SLFA) Inc. President’s Cup.

Tyrece moves to Langney on a six month loan from GMC United FC.

Club History: Langney club was established in 2009/2010 and joined the Lewes and District Sunday League.

In 2012 they applied for membership of the East Sussex League, gaining entry to the Premier Division for the 2012 – 13 season. The club was Premier Division champions at their first attempt, winning 17 of their 18 league matches, and were promoted to Division Three of the Sussex County League.

Langney were Division Three champions the following season but were unable to be promoted to Division Two as their ground did not have floodlights. However, after finishing third in Division Three in 2014–15 the club was promoted after planning permission was secured for floodlights.

In 2015, the Sussex County League was renamed the Southern Combination, with Division Two becoming Division One.

The 2017 – 18 season proved to be a huge success on and off the pitch; Langney finished runners-up in the SCFL Div 1 and losing semifinalists of the Division 1 cup.

The year 2018 – 19 season Langney entered the FA Cup for the first time in their short history.