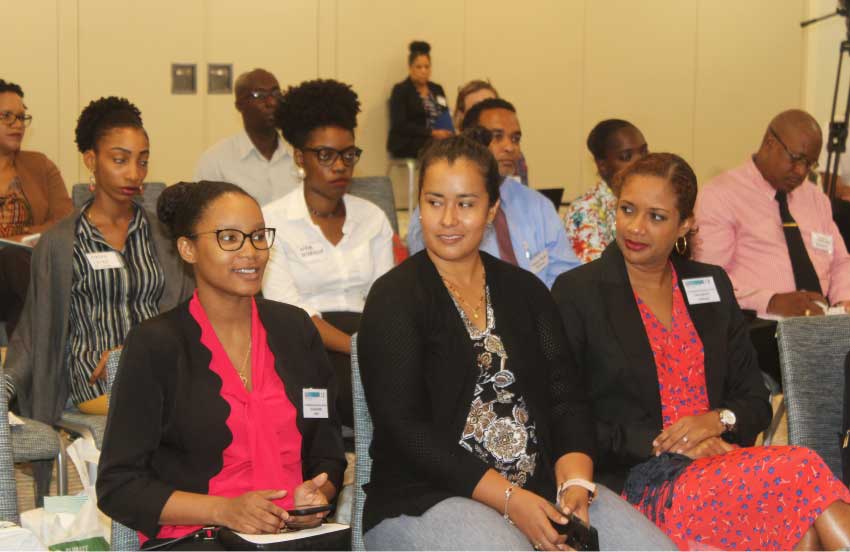 THE United Nations Development Programme’s Japan-Caribbean Climate Change Partnership (UNDP J-CCCP) came to a close on Wednesday September 18th 2019. The closure was marked by a presentation of results of the Regional Climate Action Project. The J-CCCP was launched in July of 2014 as a memorial project of the very first Japan-CARICOM Summit meeting which was held at the time.

Since its inception, the J-CCCP, funded by the Government of Japan, has partnered with governments, civil society organisations, regional agencies and communities across eight Caribbean countries in order to effectively execute the Regional Climate Action Project. One of the main objectives of the J-CCCP was to reduce the region’s dependence on fossil fuel imports and to improve the region’s ability to respond to climate risks through resilient development approaches that go beyond disaster response.

In attendance at the presentation which was held at Harbor Club was Toshihide Kanaya, Second Secretary at the Embassy of Japan in Trinidad and Tobago; Danielle Evanson, UNDP Programme Manager; and Silka Tobias, Deputy Press Secretary in the Ministry of Education, Innovation, Gender Relations and Sustainable Development. In her address at the presentation, Evanson remarked, “With drought severely affecting Caribbean countries, access to water and the streamlining of climate smart agricultural practices for food security is now critical. UNDP is proud to be at the forefront of supporting people-centred adaptation for communities and livelihoods, and we will continue to improve our collaboration and responsiveness to meet the pressing needs of persons vulnerable to climate change.”

More than 35 community-based projects were implemented by the J-CCCP within these eight Caribbean Countries. These projects focused on Water Resources Management, Climate Smart Agriculture (CSA), climate-resilient infrastructure, renewable energy and energy efficiency. The projects were successful in facilitating improved access to water, renewable energy and infrastructure built resiliently for more than 115,000 people. The projects also equipped over 40 hectares of farmland with adaptive and improved grazing techniques.

The J-CCCP’s communication campaigns on climate change were reported to reach over 96,000 people across forty-four communities. The J-CCCP worked with beneficiary governments to collect and interpret climate change data which was then used to develop these campaigns. As a result, the J-CCCP was reported to transfer knowledge to more than 1,200 youth as well as agriculture-related knowledge and technologies from Japan to over 300 agricultural practitioners. This was considered a key result of the J-CCCP, which was derived from its partnership-development and behavioural impact.

The project further supported the development of two key policy documents which consisted of National Adaptation Plans (NAPs) in five countries, and Nationally Appropriate Mitigation Actions (NAMAs) in seven countries. Saint Lucia was a beneficiary of both policies. The NAP process was created by the United Nations as an opportunity for countries to plan for sustainable development in the face of climate change by identifying medium and long term adaptation needs, and to develop and implement strategies and programmes to address those needs. NAMA, on the other hand, focused on mitigation by reducing greenhouse gas (GHG) emissions. Resulting from this is a reduction of 25 tonnes per year in GHG emissions. Over 800 people were the direct beneficiaries of NAP and NAMA.

In all, an estimated 200,000 people benefited both directly and indirectly from the project. In his address at the presentation, Toshihide Kanaya stated, “Despite the fact that the climate is changing and catastrophic events are breaking out, I believe that the J-CCCP has sown a seed of hope to the Caribbean region and the seed will be germinated and bloom so that even after the project ends, this impact will remain.” The presentation ended with a musical performance about climate change by a group of local artistes. Part of the lyrics included the words, “Climate change; our greatest problem today… let’s act now to reverse the situation.”