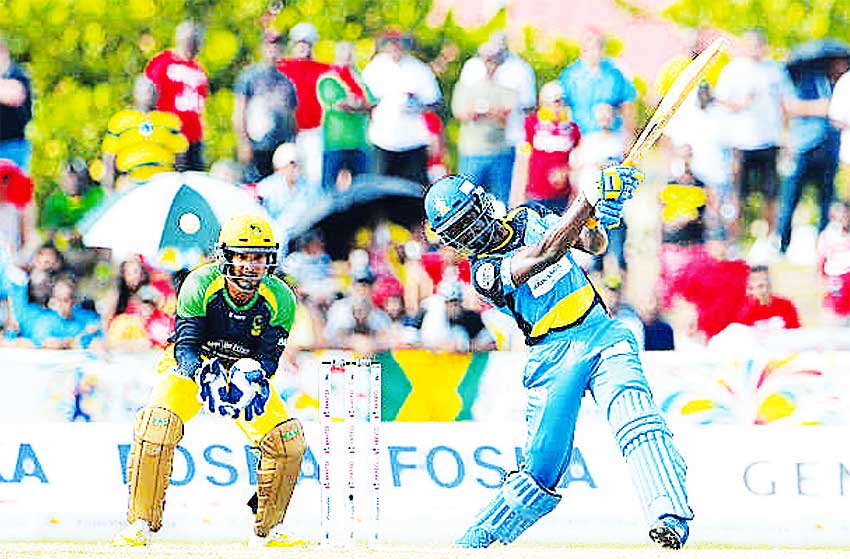 SPORTS have always had the power to touch the very souls of people; to move them, inspire them, and bring them together in a way that no other activity has done before. That power is demonstrated everywhere time and time again. We see it in our homes, in our communities, and on Jeremie Street every time the West Indies is involved in a cricket match.

The excitement that fills the hearts of spectators when their team wins a championship is almost unfathomable; and the disappointment that comes with a loss is heart wrenching. Many other emotions are triggered through sports that linger long after the games are done. Anxiety, fear, shame and guilt are all experienced in different measure.

The sight of a stadium after a cricket match (or other sport), in which winners and losers mingle, is phenomenal. All this euphoric emotion amidst so much distress and perturbation, contained within such a small circumference is a sight to behold. Whatever happens to be the conflicting emotional outcome of a game, the anticipation, suspense, and optimism at the beginning is distributed fairly on both sides of the competition.

We may not always share the victory and we hope to never share the loss; but one thing is for certain –and that is we always share the hope. And that is the essence of sports. To give us hope, if not for ourselves, then for those sports men and women several miles away, whom we have never met.

It is not the talent of the players, or the finances of supporters which gives life to the sports we enjoy. It is the emotion that we feel towards it which gives it its growth. Compare the appreciation that was expressed for players at a cricket match in the 1940s to the exhilaration that is expressed today. The more emotion that was transmitted to the players for their performance, the more inspired the players became. They more inspired they became the better they played, and the stronger the emotion grew. That is what nurtures the power of sport which in turn enriches all of our lives.

The power of sports can transform our communities by symbolically breaking down the boundaries and fences that divide our families. It gives us an opportunity to share in the excitement and bliss of one another, and allows us to empathize with each other just the same. The Digicel SPL T20 and all the sports that we enjoy are not just games, but national treasures as well.

Players for the SPL T20 will be drafted today (Tuesday), for the Tournament which has a duration of three to four weeks. Matches will be played at the Phillip Marcelin Grounds in Vieux Fort, with other venues still being considered. Eight teams will participate in the Tournament, including the South Castries Lions who will defend their championship. As with all things sports – what a way to come alive!