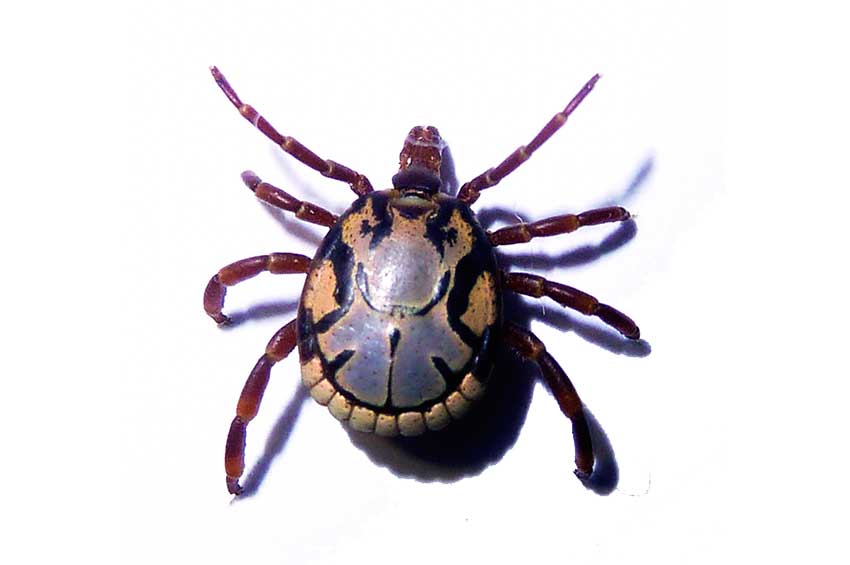 A pest which has been found to be a major reservoir of viral livestock diseases has resurfacedjust ahead of the festive season.

The Ministry of Agriculture Surveillance Team has sounded the alarm due to the reappearance of the Amblyomma Tick, also known as the Tropical Bond Tick. Veterinary Officer, Dr. Sharmine Melville-Edwin said, the presence of this specie is of great concern. “Many years ago we had a program called CAP “Caribbean Amblyomma Program” where we were vigorously attacking this particular species of tick, a vigorous and rigorous program to eradicate the tick on island and after many years of treatment, many years of ticks surveillance we were able to have this tick under control. We actually gained, what we called provisional free status from the Tropical Bond Tick in 2001, but because we were low on stock of the particular product that we use to treat the tick, there was a resurgence of the tick a few years ago. This tick can cause the animals to develop a skin infection called Dermatophilosis and so this particular skin infection can use harmful effects on the animals, profits because you have poor conditions and so on.”

Dr. Melville-Edwin noted that, while the Amblyomma tick is highly associated with cows, other animals are also at risk.“The tick has an affinity for Cattles, this is its host species. This is the species that you will find the tick will be more attracted too, the Cattle. However, if the tick cannot find its host species which is the cattle, it can attack other species of animals like sheep, goat even horses and it can attack other species even dogs as well.”
The Veterinary officer also addressed concerns regarding the impact of the disease on the human population.“This is not a Zoonotic Problem meaning, it is not a disease that can be spread from animals to humans and vice-versa however because we want to control the spread of the tick we are asking persons not to purchase these animals in order to prevent the spread of the ticks on the island.”
Agriculture Officials are appealing to farmers to join them in the quest to combat the Amblyomma population.“In order to control the spread of TBT in island, next year 2019, we will be starting a rigorous program, a control program of the TBT and we will be going around the island treating affected animals. The treatment will be free of charge to farmers, so we invite them to solicit their cooperation to come on board with the program.”

The Amblyomma tick is easily identifiable. The colour of the enamel is predominantly pink to orange, or orange to red. Eyes are always present and may be flat.The Ministry of Agriculture along with the Department of Health, continues to conduct ante-mortems on cattle across island, to ensure infested livestock are not slaughtered and made available to consumers, especially during the Christmas season.