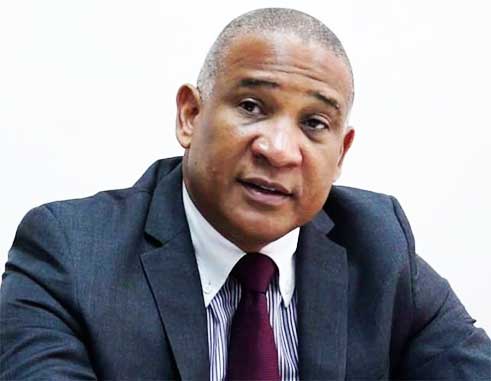 “Madam Speaker, I want to start by joining the Honourable Member for Micoud South, the Prime Minister, in wishing St. Lucians a happy Independence — the 39th anniversary of our Independence,” Dr.Hilaire said.

The bipartisan sentiment continued as the Opposition MP stated: “I’m certainly looking forward, Madam Speaker, to a number of activities…that will be commemorating our Independence anniversary.”

However, Dr. Hilaire lamented what he deemed was a lackluster effort in planning this year’s Independence celebrations. He began by pointing out that he had hoped that the Prime Minister would have said some more about what was being organised around the island and what was available for various constituencies to be able to organise activities to commemorate Independence.

He went on to describe “the great difficulties” groups in his constituency have faced in getting assistance for Independence preparations and activities, and used the unavailability of bunting, as an example of such difficulties.

“I have a number of groups in my constituency that are interested in organizing activities and face significant difficulty in getting assistance to do so,” he said.

He concluded by stating that: “We will do just what we can in our various communities.”

The irony of the Opposition Member’s allegations is that they are in direct contrast with what the Independence Committee said Independence celebrations would be focused on this year.

“As we move along this path, from our 39th to our 40th anniversary, I want to challenge St. Lucians to get involved. Your ideas for the types of activities which we’ll introduce are welcome. And I encourage our committees across the island — because we have the town and village councils across St. Lucia — who are the centres that you can go to — to bring in those ideas which will eventually get to us at the Ministry,” she had said.

She also said that the planned activities will centre around “some core features that will underpin our programming.” One of those core features was “embracing the entire country because we have to serve the length and breadth of the country.”

It seems this year’s Independence celebrations will not be exempt from the seemingly endless partisan feud waged between red and yellow.