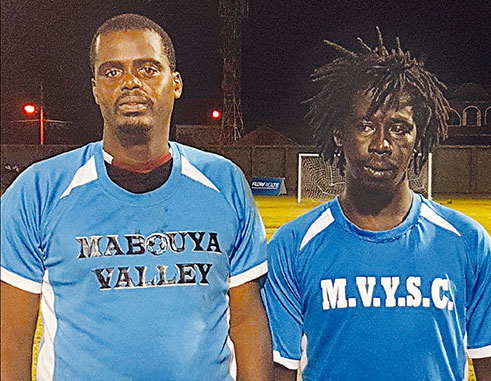 On Sunday evening, in the last matchup of the double-header, Gros Islet Veterans defeated All Blacks: Dennery 1-0, a goal scored by Sherman Sylvester in the 40th minute. Despite several attempts by ABD, the Gros Islet defense was up to the task, denying them any scoring opportunities up until the final whistle of regulation time.

Also on Sunday, former champions Soufriere Veterans defeated Micoud Veterans 3-2 in a penalty shootout after the scores were locked at 1–1 after regulation and 20 minutes of extra time. Conrad Evans found the back of the nets for Micoud Veterans in the 31st minute.

In the second half, both teams played with heart, but Soufriere Veterans enjoyed the remainder of the encounter after equalizing in the 52nd minute, a goal scored by Augustin Lucien after he received a free ball from Jerome Serville just outside the 40-yard box. In the match, Micoud Veterans failed to score six clear chances. Soufriere Veterans will now play Central Vieux Fort.

On Saturday evening, the crowd was massive with as many as 1500 fans in attendance. What make it even more interesting was that a Vieux Fort team was still in the mix. It was the first time in three years that Vieux Fort South and Central Vieux Fort played against each other.

A second-minute free kick from former national and Trinidad and Tobago WC Connection prolific striker, Titus Elva, had Vieux Fort South, led by Douglas Marcellin, in a daze wondering what had hit them so early. In fact, there was more salt added to their wounds when referee Timothy Joseph overruled an offside call by one of his linesmen in the 7th minute from a Jefferson Jones strike to make it 2-0.

Jones scored another in the 35th minute to make it 3-0 with 10 minutes still to go before the halftime whistle.

Both goalkeepers were kept busy in the second half, but Jason Poyotte scored one for VFS in the 71st minute. Andy Jn. Baptiste extended CVF’s lead in the 85th minute to make it 4-1, while Ernie Nantan gave VFS supporters something to cheer about in the 90+2 minute with his right foot strike that eluded the CVF goalkeeper for a final score 4-2.

In the first match played on Saturday, Valley Ledgens took on the undefeated Anse La Raye, who have been impressive throughout the preliminary stage of the tournament. But midway through the first half, Valencious Joseph put Valley Ledgens on top in the 22nd minute.

Anse la Raye never for once allowed their shoulders to dip, but regrouped as Mervyn St. Croix found the back of the net in the 40th minute to leave the game evenly poised at 1-1.

Some more exciting football came in the second half despite the poor playing surface as Anse la Raye nosed ahead in the 65th through Cornelius Adjodha. However, Layton Sandiford equalized from a well-taken corner kick in the 72nd minute which was aided by a strong breeze.

After regulation and 20 minutes extra time, the game ended 2-2.

In the penalty shootout, Valley Ledgens proved more clinical and focussed, as nerves may have played a part on the Anse la Raye side. Valley Ledgens won 4-3.

The semifinal set-up looks like this for this Sunday at the PMG: Valley Ledgens versus Gros Islet and Central Vieux Fort versus Soufriere.