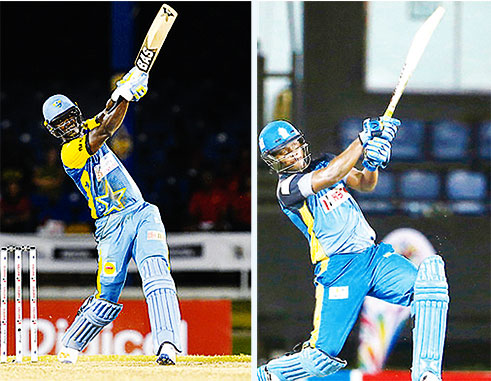 The event will be held at Bay Gardens Beach Resort in Rodney Bay and will be held under the theme, “Collective Responsibility In Pursuit Of Success”.

Former Permanent Secretary in the Department of Youth Development and Sports, former CEO of the West Indies Cricket Board and current Parliamentary Representative for South Castries, Dr. Ernest Hilaire, will be the guest speaker, while President of the SLNCA, Julian Charles, is expected to deliver the welcome remarks.

The highlight of the evening is expected to be the naming of the male and female Junior and Senior Cricketers for the Year 2017.

Based on the performances for the 2017 season, there is expected to be stiff competition in at least three of the four categories.

The SLNCA will also be recognizing six cricketers for their outstanding achievements in 2017 and the naming of the Association’s second Honorary Member.

Meanwhile, the SLNCA can boast about their performance during 2017 as they embarked on numerous competitions for both the male and female cricketers. In the Alicia John T20 tournament, the winners were South Castries, who defeated Choiseul in the finals.

The SLNCA was elated that youth female cricketer Qiana Joseph was named to the West Indies Senior Team on the back of her performance in 2017; while young Nerissa Crafton was selected as captain of the Windwards U19 Ladies team.

In the male division, the SLNCA staged the 50-Over Promotional League, which was won by Micoud. They defeated defending champions Babonneau in the finals.

It was an all-Castries derby in the two-day tournament featuring South Castries and Central Castries. Unfortunately, due to rain, the match ended in a tame draw.

The weather also played a part in the finals of the Under-19 tournament between Central Castries and Choiseul. However, due to the weather, the trophy was shared between the two teams.

Saint Lucia were again the winners of the Windward Islands U-15 championship for the fourth year running. Saint Lucians who caught the attention of the selectors included captain Keegan Arnold, Efron Charles, AckeemAuguste, UdelPreville, Jaden Elibox and Tyrone Theodore.

Team Saint Lucia was finally able to sit at the top of the Windward Islands U-19 table alongside Saint Vincent and the Grenadines. Captain Johnnel Eugene, Vice-captain Kimani Melius and Dane Edward were all part of the Windward Islands squad. Saint Lucia was also fortunate to have Kimani Melius called up to the West Indies Under-19 team for the ongoing ICC Under-19 World Cup in New Zealand. To date, he has scores of 78 versus New Zealand and 24 versus South Africa.

Garvin Serieux Jr. and Lee Solomon were also called up to play for the West Indies U-16 team on their tour of England.