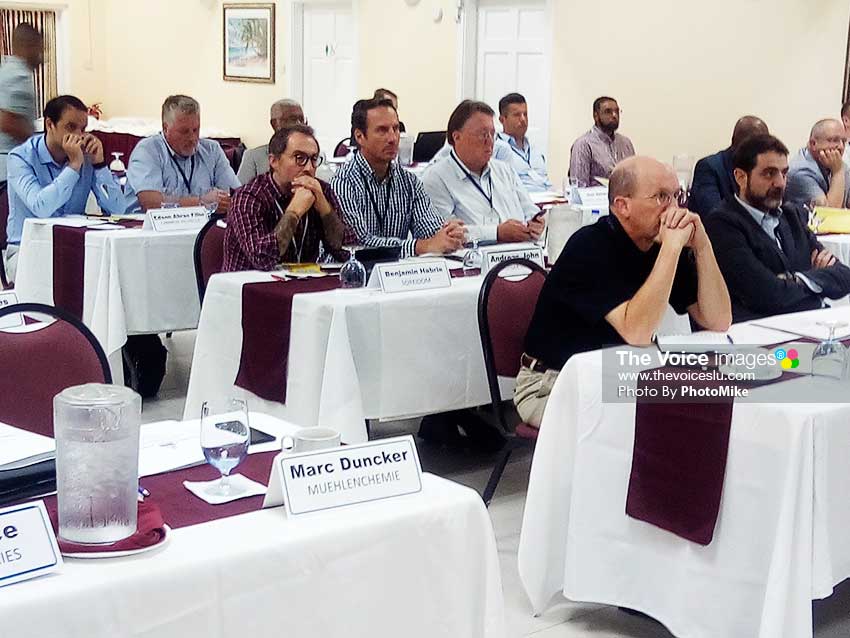 THE members of the Caribbean Millers’ Association (CMA) ended their two-day session here yesterday, perhaps receiving a little more than they bargained for after being challenged to see themselves more than just producers of flour.

Titus Preville, Permanent Secretary in the Ministry of Commerce, dared the members to look beyond the obvious, a point with which Ronnie Mohammed, President of the Association, when asked to comment on Preville’s statement, agreed.

“It is these additional products that will create new demand for flour, and hence new markets,” Preville said.

Preville noted the need for research and development by the mills to produce products that will be appreciated by both the local and overseas markets. He believes that the presence of flour mills in the region must be used as an opportunity by bakers to develop novelty products that could reflect the country’s culture and creativity.

“The need for research and development by the mills, and the sharing of that result from the research, is therefore very important. It is the result of that research that could lead to new pastry products being developed which can then be packaged for both domestic use and for exports,” Preville said.

“We can see that the establishment of a milling operation in St. Lucia is one of strategic importance to us and hence we welcome, in this case, the presence of Caribbean Grains,” Preville said. “Having the manufacturing operations on island leads to reduced storage and warehousing cost, and hence improves the competitiveness of our tourism industry.”

Other advantages to having the flour milled here is that the by-product of milling is used in the production of animal feed, which could become the basis of the development of the livestock sector.

Preville said that as a result, the livestock sector could become a possible input in the tourism industry and could also lead to economic activity in the rural economy and become a means of addressing the burning issues of unemployment and poverty in the country.

“The presence of the milling operation in St. Lucia is also an important source of goods for export,” Preville said.

Meanwhile, Mohammed believes that while the Association’s role and responsibility are to defend the flour industry from unfair competition, among other things, research and development into new products as suggested by Preville should play an important part in the activities of a mill.

“We take great pride in our members investing in member island states and adding that value to manufacturing’s GDP,” he said.
He viewed the AGM as bringing the best minds in the flour manufacturing business in the region together to review the technology available to improve that sector and for collectively agreeing on certain things, noting that while there is common interest amongst millers, there’s also competition.