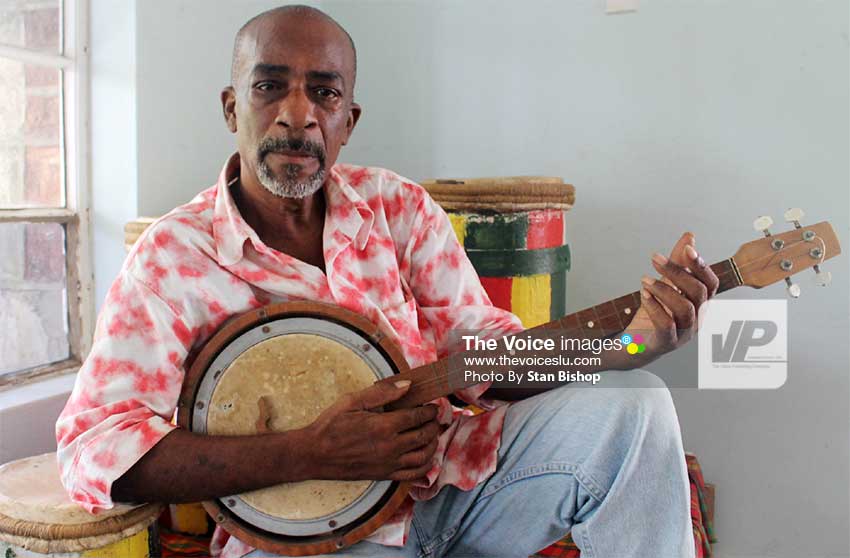 FOR the love of the home of the arts, one local activist is taking a different approach to getting the Prime Minister to hear his plight. He is begging for consideration.

George “Fish” Alphonse contacted The VOICE and other media outlets asking that his plea be made public to show Prime Minister Allen Chastanet that he is not too proud to beg for the cause.

Following the announcement that the National Cultural Centre (NCC) is to be relocated to a temporary location and its original home replaced with a courthouse, the arts community in St. Lucia has been in uproar over the decision which they have called “insensitive”, “callous” and “vindictive”.

Since the announcement, they have rallied together to generate dialogue between themselves and the government as well as formulate plans to thwart the proposed project.

But Alphonse, who has been noticeably more vocal than other activists, has been disheartened by the government’s unwavering and uncompromising stance on the matter.

Upon noticing this, he has decided to appeal to the Prime Minister’s softer side by penning him a letter, begging him to reconsider the project which, he says, serves to only hinder and hurt rather than help.

Below is Alphonse’s letter to the Prime Minister:

“Dear Sir,
“My name is George ‘Fish’ Alphonse, graduate of the Jamaica School of Drama, Cultural Training Centre. I am an Actor, Director, Story Teller, Writer, a former Traditional Arts Officer of the Department of Culture and former Special Events Officer at the Cultural Development Foundation. I have been involved with the Arts for forty two (42) years.

“On the beautiful morning of February 22nd, 1979, Independence Day, a new beginning, Sir John (Compton), in his Independence address, told the nation that he had found a home for the arts, which was his Independence gift to the nation and was conveniently located at Barnard Hill, a five-minute walk from the city of Castries.

“Through the efforts of the then Director of Culture, Jacques Compton, and Sir John, the French Government dedicated the National Cultural Centre as a gift to the artistic community of Saint Lucia on the February 18, 1989 in commemoration of our 10th anniversary of Independence. We were grateful. Sir John concluded that it would be a temporary structure and that he was looking forward to the day when he could build a state-of-the-art National Cultural Centre on these grounds at Barnard Hill.

“Over the years, we brought our poetry, plays, songs, music, drums, dance, lacomet and violin, pageants, calypso. We bless this place, we love this place — that’s all we ever knew (as) home, despite the condition, hoping one day this temporary structure will become permanent with a state-of-the-art facility.

“Sir, we also share the Cultural Centre with the schools in the Castries area. They walk to the Centre for Junior Calypso, Junior Panorama, St. Mary’s College Talfest, St. Lucia School of Ballet, Silver Shadow Dance Academy, CDF Summer Arts Programme, and school graduations. The preschools in the area use the grounds for their sports meet. Parents all agree that Barnard Hill is ideal.

“Sir, it is said that one must have an open mind and with my open mind, I visited the site being proposed. There is no way my mind is closed, but I am convinced even more now that Barnard Hill truly is ideal.

“Sir, you don’t need any study, don’t let anybody tell you otherwise. Sir, take my advice, the cost of moving to a temporary site could cost as much as building a brand new Cultural Centre on the present site.

“Sir, we have been in this business long enough to know what’s best for the arts. Sir, that move could be the final nail in the arts’ coffin. Sir, trust me, Barnard Hill is ideal.

“Hoping, Sir, sometime soon, we can meet and greet over coffee, tea, or Piton, in discussion on the long-overdue state-of-the-art new Cultural Centre at Barnard Hill — ideal.”

The letter was sent in by Alphonse on Thursday afternoon. He said he has his fingers crossed that he can get through to the nation’s leader and get a speedy and favourable response.