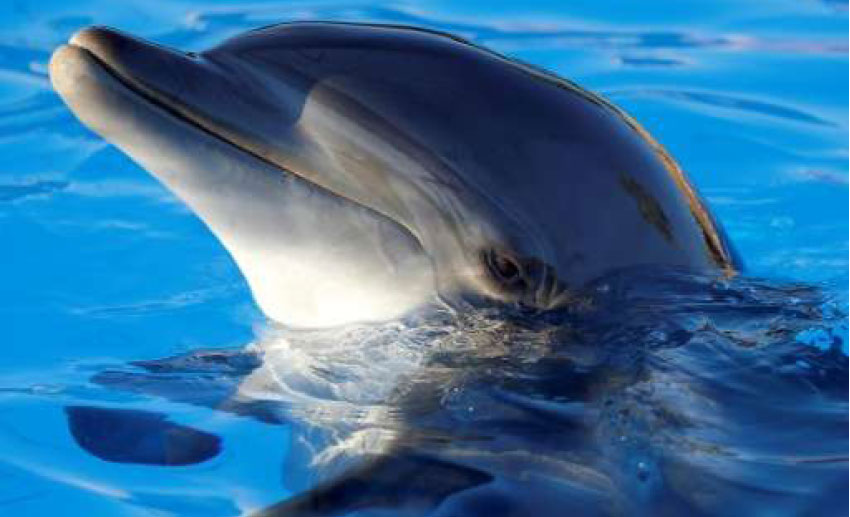 SAINT LUCIA’S plans to open a dolphin amusement park on the island’s most famous protected landmark has just come up against one more disincentive: France on Saturday banned the breeding in captivity of dolphins, under tighter rules that campaigners hope will eventually herald the end of shows involving the performing sea animals.

Environment Minister Segolene Royal had last week Wednesday signed a version of the legislation introducing “tight controls on the reproduction of dolphins”. But she later decided the rules need to be “more radical”, particularly after learning that “some animals were drugged” in aquariums.

The new rules ban the captivity of all whales, dolphins and porpoises, except for orcas and bottlenose dolphins already held in authorized French aquariums.

Animal rights activists have hailed the ban as a “historic French advance”, as stated by five conservation groups, including One Voice and Sea Shepherd, in a joint statement.

“Without possible replenishment, this quite simply means the scheduled end of marine circuses on our territory.”

The new rules notably also require “an increase of at least 150 percent (in the size) of pools to allow the animals to live in less proximity from visitors and other animals”, the ministry said, as well as banning chlorine in treating the water.

Direct contact between the animals and the public is also now forbidden.

Water parks and aquariums have six months to conform to the new rules, and a three-year deadline for expanding their pools.

Parks such as Marineland Antibes—the biggest attraction of its kind in Europe—have faced growing criticism in recent years over their animals’ living conditions.

The French ban is sure to have some implications for Saint Lucia’s efforts to establish a Mexican-owned ‘dolphinarium’ on Pigeon island National Landmark (PINL), which has already led to controversy between the Government and the Saint Lucia National Trust (SLNT), which is responsible for the PINL and is the island’s State-appointed protector of national heritage.

The SLNT expressed early opposition to the proposed Dolphin Park, citing international concern about the negative effects of keeping dolphins in captivity. But the government and the company’s spokespersons insist the project is not incompatible with environmental protection and natural heritage preservation.

An earlier effort to establish a similar park on the island’s West Coast was abandoned several years ago after a British-born local activist opposing the plan was mysteriously murdered.

A similar dolphin park was earlier established in Antigua and Barbuda, but was forced to close on the basis of international pressure from regional and international environmental and marine life protection agencies.

The SLNT’ is opposed to the dolphin park, as well as the even more controversial Desert Star Holdings (DSH) ‘Pearl of the Caribbean’ project that plans to build a causeway to two other protected national landmarks in the south of the island, the Maria Islets, home to native, rare and indigenous snake and lizard species.

But its opposition has earned it a stinging whiplash from the Government, with the Prime Minister, Allen Chastanet, confirming during the current budget discussions that the SLNT’s annual EC $700,000 government subvention will be cut as of this year.

The cut of the SLNT’s subvention has led to a major backlash, with members and supporters of the SLNT mounting public protest demonstrations outside Parliament and private ‘concerned citizens’ groups organizing similar protests around the island.

The brunt of the SLNT’s opposition to the dolphin park plan has to do with keeping the dolphins in captivity, which is opposed by the international marine life agencies that have proven that captive dolphins can turn on trainers and admiring fans at sea circuses.

The Mexican company involved in the Saint Lucia plan is also associated with a similar park in Jamaica, but the owners have been very quiet about their plans, even though over US$5 million have been pumped into the project since December 2016.

The Saint Lucia plan also faces objections from two international tourism entities serving the island and the region: Virgin Atlantic (which serves the island) says it will not fly to destinations with dolphins in captivity; and TripAdvisor.com says it too will not market such destinations.

Internationally-renowned sea animal circuses like Florida’s ‘Sea World’ have adapted their policies, under pressure, to release and replace dolphins after a defined period of use.

They are also under pressure for the manner in which dolphins are captured and the very confined conditions under which they are held, leading to increasing numbers of attacks on trainers and humans, as well as dolphins eating their young instead of growing them in captivity.

The French ban is only the latest in a number of similar actions in countries around the world where captive dolphins have attracted attention, study and criticism and operators of dolphin parks are coming under increasing pressure to treat the animals better, or stop capturing them.

But the French ban will certainly boost the arguments of those opposed to the establishment of a dolphin park on Saint Lucia, at a time when pressure is growing regionally and internationally to protect and better treat dolphins and other sea animals captured and trained to entertain humans outside their natural habitat.