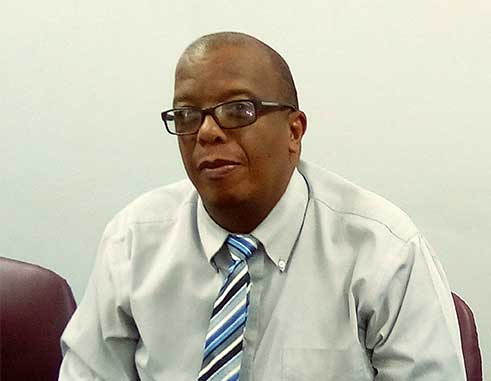 CLAUDE PAUL, a former Vice-President of the Civil Service Association (CSA) in the mid-1990s, has been elected the organization’s new General Secretary.

Paul was selected from among 11 applicants for the job for the position which was advertised since January this year and a five-member committee was appointed by the CSA to recommend the most suitable applicant.

Yvonne Edwin, President of the Association, said all constitutional requirements were followed in Paul’s selection.

Paul, who was introduced to the media this week, said the post is a challenging one as it comes in challenging times.

“I will put my best foot forward and do my best to represent the CSA,” he said.

He added that the challenges faced by the CSA are no different from those in the past. However, he said confrontation is not necessarily the only solution to resolving conflicts.

“I believe it should be the last resort. There are other means that could be exhausted, including dialogue and collaboration. Those days of confrontation unionism are a thing of the past. We have to use whatever method is appropriate given the challenges of the times,” Paul said.