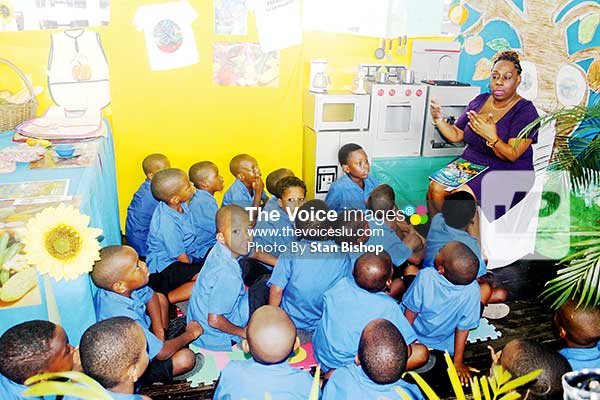 The festival runs from January 15 to February 4 under the theme, “Celebrating Excellence: Fostering national Pride”, and thus far the objective of highlighting and recognizing the nation’s best in various fields seems to be successful.

Among this week’s highlights is the Walcott Place Open House where an art exhibition featuring students’ interpretation of Walcott’s play, “Ti Jean and his Brothers” will be on show. The three-day event also gives students an opportunity to interact with people who have been influenced by the works of Sir Derek and his late twin brother, Roderick, who was among the region’s best playwrights.

Today, Antiguan author, Jamaica Kincaid, will deliver the Derek Walcott Lecture entitled “Our Homer: Derek Walcott”, at the National Cultural Centre from 7:30 p.m. several activities are also planned for this week, so be sure to make a note of the following:

Most of the activities are open to the public at no charge.