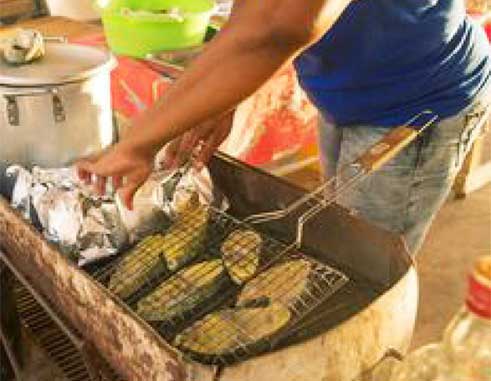 THE Saint Lucia Bureau of Standards (SLBS) will on Tuesday visit a number of food establishments in the Castries basin to raise awareness of food hygiene and safety. The exercise dubbed “Kitchen Monitor – Are you cooking safely?” is being held as part of activities to mark November as Business Month.

The SLBS decided on the outreach in an effort to engage a large group of persons involved in food preparation who have over many years of operation, not been sensitized to issues of food safety and food hygiene.

Food safety is a huge public health concern with a number of emergency care and hospitalizations being a direct result of food borne illnesses contracted particularly by the consumption of food being offered for sale under poor conditions.

For its part the SLBS has been offering standards and training on the topic of food hygiene and safety to providers of street vended foods, to the agro processing and manufacturing sectors in response to its mandate to protect health and safety. The SLBS offers training courses in food safety as well as a food certification system which puts food establishments at the forefront of maintaining good practices which protect the health of their customers.

The outreach will see the deployment of technical staff of the SLBS who will distribute information on food safety targeting both food vendors and consumers. The hope is for food vendors to get trained in healthy food preparation practices and for consumers to look out for the danger signs that are putting them at risk.