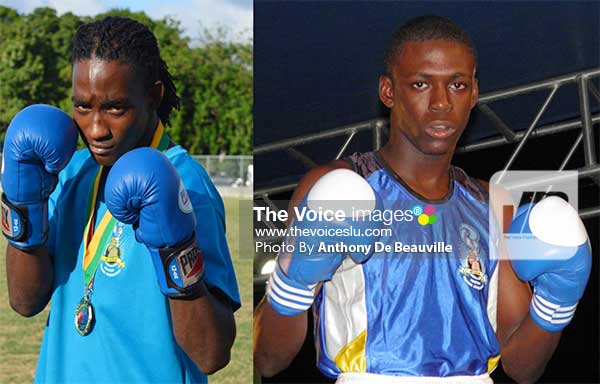 At least 18 countries have confirmed their participation. One hundred and sixty of the region’s best boxers will gather at the Barbados Beach Club for the second edition of the revamped championships.

The team will be under the watchful eye of head coach Conrad Frederick with Gavin Niles as.

According to SLBA President David Christopher, leading up to the meet next month, the Saint Lucia team has being under intensive training at the Vigie Gym. Christopher expect Team Saint Lucia to better last year’s fourth place performance.

Christopher said, “The SLBA is seeking additional support from the business sector to make this trip to Barbados possible so the boxers can compete against some of the Caribbean’s best that will be on show”.

He continued, “To date only the Saint Lucia Olympic Committee has come forward with some financial support”.

Meanwhile, Christopher has announced that promising youth boxer Nathan Farrier had to be withdrawn from the World Youth Tournament in Saint Petersburg, Russia due to lack of funding by the local boxing association. He said it was major disappointment for the young man as he had been working very hard for that moment to test his skills against the best youths around the world as being the only Caribbean boxer to take part in that event.
For 2016, Farrier has won 4 gold and 3 silver medals. He was named best boxer at the recently held Schoolboys and Youth Championship in Guyana with two impressive TKO’s.