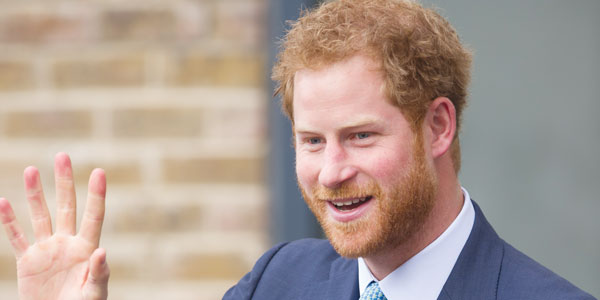 The staff of the Sandals Grande St Lucian Spa and Beach Resort are still basking in the afterglow of hosting Britain’s Prince Henry of Wales, better known as Prince Harry, who spent two days in this idyllic island, the third stop on a tour of seven Caribbean nations with strong historic links to the monarchy.

Prince Harry for the second time in four years earned the enthusiastic adulation of Sandals Chairman Gordon ‘Butch’ Stewart who described him as “the fun prince” and suggested that he, along with his elder brother Prince William, “will secure the monarchy for a long time to come”.

Stewart’s reference was apparently to the widely-held view that the British monarchy was losing popularity, especially among young people not tied to the traditions of Buckingham Palace and The Queen, his 90-year-old grandmother in whose honour he is touring the region.

But at the Sandals St. Lucian located on the Pigeon Island Causeway, there was not the slightest hint of royal skepticism as the electricity generated by Prince Harry surged across the sprawling property connecting the mainland from the fortified Pigeon Island that was instrumental in Britain’s 14-time war with the French to secure the Saint Lucian colony.

After frenzied weeks of security and other logistical detailing, Prince Harry arrived at the resort on November 24, 2016 from the docks at Pointe Seraphine in Port Castries to a royal welcome from Sandals General Manager Winston Anderson and his team of resort executives.

He made a speedy changeover before being whisked away to the official residence of the island’s Governor General, Dame Pearlette Louisy, for a cocktail held in his honour.

“Prince Harry did not forego the opportunity to take part in the renowned Sandals Resorts International Discovery Gourmet Dining,” beamed GM Anderson. “Upon his return to the resort, the prince and a select group of 13 others took advantage of the culinary expertise of Sandals’ chefs in an intimate setting in the Langara Room. Rave reviews from the group, including the prince himself, continue to pour in on the excellence of both the food and the service of the Sandals team. He was thoroughly impressed and most importantly relaxed,” Anderson added.

Following dinner, it is rumoured that the prince and a select few of his security detail ventured into the resort’s signature ‘Ole London Pub’ where they interacted with all present, including a considerable number of United Kingdom visitors on resort.

Anderson said that Prince Harry had chosen Sandals as his point of refuge in this hectic and spotlight-heavy journey on behalf of the Royal Family, and it was “our responsibility and privilege to not only host him but to ensure that his security, privacy and all else was taken care of. He has commended the team personally and we are exceedingly happy to have participated in this historic visit”, the General Manager said.
Topping off the prince’s visit and Sandals hospitality was a partnership cricket exhibition match at the Darren Sammy Cricket Ground in Beausejour between two teams competing on behalf of His Royal Highness and the Prime Minister.

A group of UK journalists dubbed the ‘Exiles’ from publications that include The Time, The Spectator, Daily Mirror, Daily Mail, Daily Express, Sun Online and Metro among others – matched up against a select Saint Lucian team for an excellent contention that drew a considerable local audience.

The prince himself enjoyed it thoroughly and in the company of Prime Minister Allen Chastanet presented medals to the respective teams and exchanged signed cricket bats.

Following this, he again hosted a small group for brunch at the Sandals Grande Saint Lucian Spa & Beach Resort before departing for Pigeon Island, one of the country’s national landmarks, to attend an outdoor exhibition highlighting various conservation projects run by the young people of Saint Lucia.

Prince Harry also unveiled the dedication plaque designating the Castries Water Works Reserve and surrounding rainforest as St. Lucia’s contribution to The Queen’s Commonwealth Canopy Project. From there he travelled by boat from the north of Saint Lucia to one of the most beautiful parts of the island, the south-western town of Soufriere that sits between the iconic Pitons.

Prince Harry arrived at the harbour to the sights and sounds of a Saint Lucian street festival, with traditional food and drink on offer at local markets stalls. He used the opportunity to meet members of the public, youth leaders and local school children, with a St. Lucian band providing the soundtrack.

Back at the Sandals Grande, he took a moment to personally embrace the team of culinary professionals and other staff who catered to him and his team for two days.

Upon reflection, Prince Harry noted that the tranquility that is Sandals Grande Saint Lucian Spa & Beach Resort “is one that must be experienced in its entirety”. During his leisure time at the resort, a spokesman said that he took advantage of every opportunity for personal time and relaxation.

Sandals Grande catered entirely to the prince, providing his dinner, breakfast, brunch and catering exclusively to the Pigeon Island function, and Stewart, in thanking the staff for their high-level performance, said the resort was “extremely honoured to have hosted such a gracious prince”.

It was Stewart’s second time hosting Prince Harry, following a glitzy soiree in 2012 when Sandals Royal Caribbean was the venue for an evening reception on the Sandals Private Island near Montego Bay, Jamaica during his Caribbean tour to mark The Queen’s Diamond Jubilee.

“On that occasion, the prince stayed up having fun into the wee hours of the morning,” Stewart recalled
Sandals’ association with royalty dates even further back to the 20th century when Sandals Royal Bahamian was considered royal escape for British Monarchy. Sandals Royal Bahamian – not yet so named – served as the backdrop for one of the most endearing love-stories of all times when King Edward VIII, abdicated his throne for the love of his life, Wallis Simpson.

And with the title of Duke of Windsor, he was later appointed to be the “Governor and Commander in Chief” of The Bahama Islands. He is famously known to have made the dwelling now known as Sandals Royal Bahamian home for the five years he spent in The Bahamas.