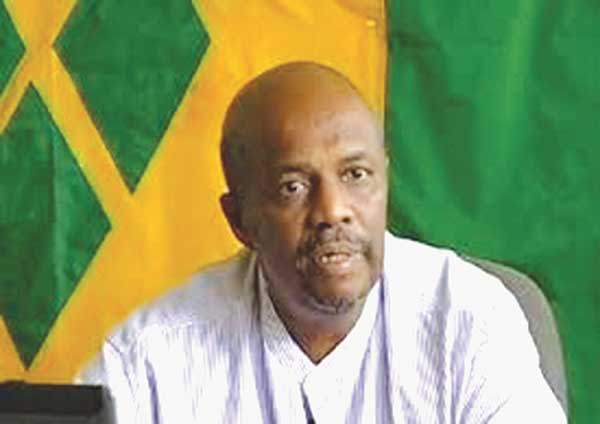 KINGTOWN, St. Vincent, CMC – Leader of the main opposition New Democratic Party (NDP), Arnhim Eustace, has announced his resignation from that post and as Leader of the Opposition.

The NDP made the announcement in a press release on Wednesday, following Eustace’s announcement to the party’s central committee late Tuesday

Eustace told the meeting that he would accordingly inform the Governor General of his decision and that in accordance with the Constitution of St. Vincent and the Grenadines, the elected members of the NDP, including himself, would advise the Governor General whom they support as the new Opposition Leader,” the NDP said.

Eustace, a 72-year-old economist, will, however, remain Member of Parliament for East Kingstown, which he has been representing since 1998, when he first entered politics.

Eustace became leader of the Opposition in March 2001, after a five-month stint as Prime Minister at the end of the NDP’s 17 years in office.

“He indicated that he felt that he had made his contribution to the party in that position for over 16 years and that it was time to pass on the baton to someone else,” the NDP said.

“Members present thanked Eustace for his outstanding contribution to the party and to the country and pledged to host a special event in honour of his long and dedicated service,” the NDP said.

The party, which has not held a convention since 2014, will hold an extraordinary convention on November 27 at its headquarters, to elect a new party leader.

During that convention, the party is also expected to fill a number of posts that are up for election, including that of party chairman.

Eustace had earlier said that he would allow the party’s convention to determine his fate as NDP leader, but has since backed away from that position.

His stint brings to an end one era in the life of St. Vincent and the Grenadines’ oldest political party.

Eustace came to the helm in October 2000 of a shambolic NDP, five months before it had committed to have an early election as part of an agreement reached with the Unity Labour Party to end political unrest earlier that year.

While Eustace was unsuccessful in returning the NDP to power, he has brought the party within one seat of winning the elections of 2010 and 2015.

In 2010, the NDP reduced the ULP’s margin of victory from nine to one seat in the 15-member parliament, when the ULP retained power by taking eight of the seven seats, a result that was repeated in 2015.