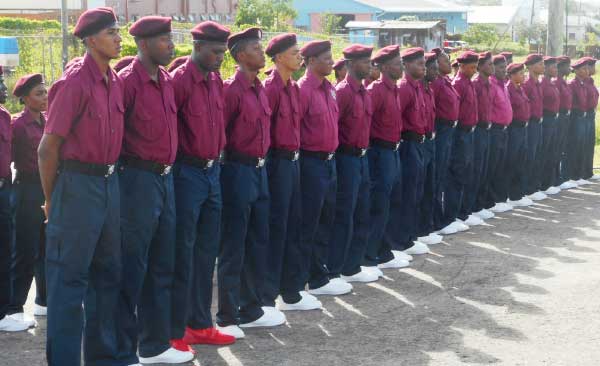 The recruits, 30 males and 10 females, are being trained in several areas including basic fire- fighting techniques, drill techniques and first aid. They are also being trained as first responders.

According to Charles Jean, Station Officer and Training Officer for the St Lucia Fire Service, the programme also has a theory component.

“Every week the recruits will be given a progress test where we will be testing their competency to see how they are responding to the training,” Jean told THE VOICE.

He added that midway in the course, they will be given a proficiency test and at the end of it, a final exam.

According to Jean, the recruits will be filling the vacancies which currently exist in the fire service. “The fire service is miserably short of staff…” he lamented.

Jean said the programme which began on November 21, is going well so far and the recruits are doing their best.
The fire service has approximately 300 fire officers.