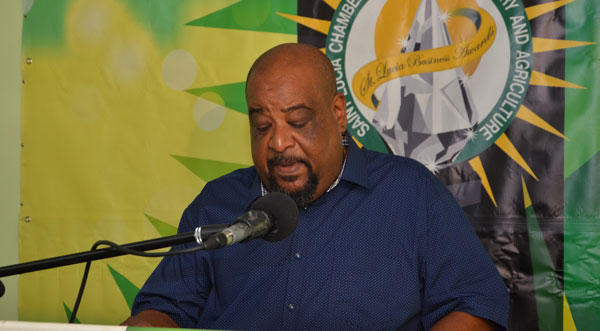 The St. Lucia Chamber of Commerce Industry and Agriculture launched the 2017 St. Lucia Business Awards on Thursday this week.

This marks the eighth anniversary of the award ceremony in the current series of the private sector premier awards which celebrates business excellence in St. Lucia.

The Business Awards Committee is very pleased to once again host the awards ceremony as the grand finale event for Nobel Laureate Week.

The awards have brought much prestige and attention to the many winners and nominees over the years. He emphasized that the Business Awards Committee’s intention is to make completion of entries rigorous but not cumbersome and not dependent on the financial capacity of the applicant. The awards will continue to demonstrate that size is no deterrent to success as it focuses on celebrating excellence throughout the business community.

Applications for the St. Lucia Business Awards are available on the St. Lucia Chamber of Commerce’s website at www.stluciachamber.org. Businesses have eight weeks within which their submissions should be made as the deadline is November 24, 2016. Once submitted, the nominees will be announced mid-December.