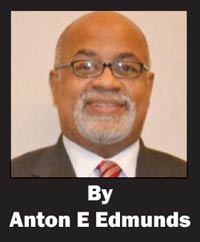 THE upcoming election in the United States offers the opportunity for Americans to choose the direction of the country. Whatever the result, the Caribbean is very much at the crossroads as it relates to areas where successes with the current administration can be transitioned and presented to incoming leadership. Energy and financial services stand out as two of the areas where much work is still to be done, although crime, the threat of terrorism and the Zika virus threaten to overshadow all programmatic areas in the near term.

For the Caribbean, any hope that a new President will come into office and bring with them not only an interest, but also a robust understanding of the region has to be guarded against. The reality is that an unsettled global environment with locations significantly less stable than the Caribbean may serve to relegate the region to the lower tier of locations that need attention. Fortunately for the region there is still time, with an eight to ten month window for the Caribbean to help chart a course of successful engagement in areas that can be shared with and embraced by new U.S. leadership.

FINANCIAL SERVICES
In the financial services space, the Caribbean joins other emerging markets in the struggle to survive the exit of U.S. banks and the correspondent banking services that they provide. While ceasing relationships with small institutions or entities serving small markets is not a new issue, it seems to only recently have garnered the attention of policy makers and private sector stakeholders in the Caribbean. While the reasons to no longer offer services range from the costs of compliance and fines to a lack of profits, the Caribbean has struggled to engage in a systematic way to address the economic impact of the issue to its competitiveness and peoples. In a defensive posture, the region has also struggled with how to position itself to prospective new service providers.

The above stated, efforts by some Central Banks to introduce rules and regulations that increase regulatory oversight and increased capitalization requirements of financial institutions are positive steps. There is some concern however that these and others efforts to strengthen the banking system may be too late to stop the exit by the majors currently providing linkages to the global economy.

That said, contrary to some claims that the current administration may be unwilling to help the region address the issue there is evidence that there is interest by certain agencies to help. For the Caribbean however, a strategy that eschews one-off efforts to engage has to be replaced with a comprehensive engagement plan. There is also a need by those affected within the private sector community (bankers) to be more activist in defense of their industry. A well executed private-public sector effort would not only answer questions on whether the stated adverse impact is real and will have as deleterious an impact as suggested, but would also allow for the development of a suite of solutions to address the nuanced needs of the various institutions and countries within the Caribbean. It is clear that there is no one sized solution.

U.S.-Caribbean solutions must focus on compliance, and technical support, with US agencies such as the Treasury and the Federal Reserve challenged to provide to the Caribbean, many of the solutions proffered to the wider world. In addition to the administration, a serious effort to engage Capitol Hill is needed, as well as one that addresses the perceptions that many have of the region as one, which is an unregulated haven for illicit activities. Ultimately it is incumbent that the region engage constructively, seeking out the solutions that exist within the system, all the while positioning itself to new providers of correspondent banking services. All of the above, rather than expect that a solution will be developed for it. Lest the region pin its hopes on the vision of a new President to drive a Caribbean agenda on this issue – some cite the leadership of this current administration as one who pressed for increased scrutiny of the Caribbean and its financial services industry.

ENERGY
Within this area the Caribbean has had some significant successes, taking advantage of external support from a wide range of donors to advance legislation and develop programmes that seek to create a regional space for new investment in energy. While the well-intentioned focus by many including the U.S., has been on the promulgation of renewable energy solutions, the position of the Caribbean that a sustainable energy program (one that includes all inputs) is positive. The position that the Caribbean’s energy needs must be solar and wind driven too often overlook the need for consistent base load power so critical to ensuring that industries such as tourism and manufacturing remain competitive.

Specific to U.S. – Caribbean relations in energy, the region with an abundance of suitors has taken a long and circuitous route as it relates to fully realizing the benefits of a closer relationship with its neighbour to the north. While limited human resource capacity within national and regional agencies is often blamed, some argue that U.S. – Caribbean energy engagement was politicized by the fact that many countries have close alliances with Venezuela.

Today, even with lower oil prices, there is still time for the Caribbean to take advantage of the one last Energy Summit that will be led by U.S. Vice President Joseph Biden. This to tap the limited U.S. government funding already committed to the strengthening of new and existing regional energy programming structures. The Caribbean’s ability to meet its own baseline renewable energy targets by 2017 can benefit from as much additional funding and technical support as is available.

SECURITY
While the focus within this arena has long been on the traffic of contraband through the region to the U.S., recent statements by U.S. security officials on ISIS in the Caribbean should be a prompt for increased cooperation between the region and the United States. Any weakness of a Caribbean security apparatus that may not yet be fully integrated has to be addressed.

For economies dependent on shipping and airline traffic for trade and tourism, there is a need to revisit port security plans, increase scrutiny of travel documents and to launch and strengthen social programmes to meet the needs of an at risk youth population in countries with high unemployment rates. Increased crime in countries previously seen as safe exposes the fraying of the social fabric of a region long considered friendly and safe. Here, all efforts have to be made by both parties to strengthen the current Caribbean Basin Security Initiative and like programmes.

PERCEPTION & REALITY
Ultimately for the Caribbean, the goodbye to the current administration may not result in a clean slate, vis-à-vis relations with new U.S. leadership. A real risk may be that the region may see an incoming administration whose leadership is negatively influenced by actions or lack thereof between the U.S. and the region over the last 10 years. Worse may be the narrative of those who serve the current administration, who could paint a picture of a region difficult to engage, or as one only willing to engage when the President himself is across the table. The latter highlighting a misunderstanding by the Caribbean as to how the U.S. government works.

A narrative that the Caribbean, a once solid ally has sought relationships with others not exactly friendly to the U.S. to chart its path forward would not be positive. Neither would be the sharing of criticism of economic citizenship programmes that have been the source of embarrassment for many countries, perceptions of weak governance mechanisms and a lack of fiscal restraint.

Engagement over the next eight to ten months to advance programmes such as the ones outlined above along with others can result in both near term solutions for many of the issues affecting the region, as well as serve as successes and a foundation for engagement with the new President and their administration.

(Anton Edmunds is the head of a Washington, DC based consulting firm that provides advisory services to governments, businesses and associations with interests in the Caribbean. He blogs at www.onthecaribbean.com, tweets at @theedmundsgroup and can be contacted at anton@theedmundsgroup.com.)