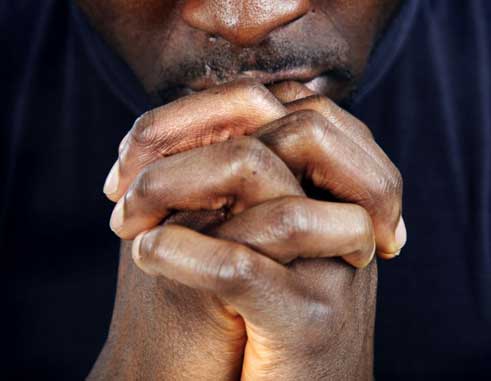 TO the religious doctrinaire the word “unpardonable” may seem an oxymoron as no offence is unpardonable before God. That’s what the pedantic theorist would have us believe anyway. Notwithstanding their blanket promise of forgiveness, the belief lingers that mistakes carry penalties and that the more heinous, the more severe (and unpardonable), the penalty. Interestingly, sometimes things can turn around to the advantage of the abused. Take the exodus of early Europeans fleeing to America, for example. The new land became a protective shield against religious persecution and the whims of powerful monarchs.

In addition to religious persecution, taxation was arbitrarily imposed by a king in the former country, who often demanded immediate compliance. That scoundrel could also choose to apply his taxes selectively. In response, America founding fathers decreed that America should be a nation ruled by laws; not by kings or whims of men. Even so, Benjamin Franklin had forewarned that citizens ought to be ever vigilant if the new republic was to survive and grow.

Alexis de Tocqueville, a Frenchman who visited America over a hundred years later made the succinct observation that if America was to live up to the dream of its founding fathers then the people would have to build strong communal bonds among them. de Tocqueville predicted that if there was not constant vigilance and community action an immense power could arise which would not destroy or tyrannize but instead ‘reducing them (the people), to nothing better than a flock of timid and industrial sheep.’

It is in this context we can objectively assess whether there are attempts by the government here to have people behaving as a flock of timid sheep – an unpardonable mistake deserving severe retribution. If their lapses are closely examined the deceit becomes palpable and unforgivable. One may reasonably assume that a leader who has acquired broad and specific knowledge is more likely to act in the interest of a national community; not narrowly or selfishly. It may also be postulated that earned letters of Laws on whom the title ‘honourable’ reposes should better serve a nation’s social and economic goals.

Unfortunately the theory fails in the context of Saint Lucia. A deeper study soon reveals why so many are disappointed and disgruntled. Take the rule of law for instance. Certain laws that have either been passed or attempted have tended to act as a sort of tyranny against the citizen. Who can forget the twisted Machiavellian plot known as ‘Clause 361? That attempted amendment to the criminal code was seen by many journalists and others as a gag on the media. It challenged peoples’ right to public protest against unjust hardships, arousing much anger. What about clause 361 was in the public interest?

Then there was the equally vicious attempt to amend the identification cards (ID), law by demanding that persons be finger printed before they can be issued an ID card. The same persons who had proposed that amendment began ranting and raving against it the minute they were thrown out of office. Someone pointed out to the lunacy that they were the ones who had introduced the ID law. To peoples’ relief the culprits later owned up, claiming ‘lapsusmemorium’ – a lapse in memory.

There is more. I was present in the public gallery of the House of Assembly when a resolution seeking the approval of parliament to borrow monies ostensibly for road rehabilitation and repairs. Oh how I wished that day I was in the opposition benches to tear into the mishmash of deceitful language used to cover-up payments to ‘Rochamel’ and others – the real intention for the funds’ application.

Add to these the case brought against the government of Saint Lucia by an American oil man claiming a lack of performance by the government in the execution of an agreed oil exploration scheme? Was the law relating to the exploitation of minerals (including crude oil), breached when Her Majesty’s representative on the island, the Governor General, was ignored, and her duties usurped by a Minister signing the agreement?

The malfeasance in which an elected government was most narrow and unpardonable arose in the debate on constitution report. The government decided the constitution needed review. They selected an experienced retired judge and several high ranking and prominent senior business and technical people to form a Constitution Review Committee. That committee sat over many months and interviewed hundreds of Saint Lucians here and overseas. It then presented a comprehensive report which included solid recommendations for the Executive (Cabinet), and Parliament to consider.

The report was set aside for the better part of four years, during which it must have been carefully studied by those who consider themselves experts in drafting constitutions. Lo and behold, when the document was finally tabled for debate in parliament the vicious attacks which greeted it from the government benches left many observers stunned.

The language which certain Ministers of the Government chose to trash the Constitution Committee Report was despicable – and unpardonable. It may have meant to frighten other independent persons from ever serving on another such committee. It was a very bad case of abuse of the privileges of the legislature. The recommendations were crudely and brutally dismissed without intelligent debate. Would the recommendations have served the greater good? That is the million dollar question.

It is unpardonable for a government to pass or amended laws which only benefit a few. The performance of the government over the last four years has been found wanting. The most unpardonable act of all may have been the IMPACS report. Such secretive manipulation and abuse are unpardonable. Accusing decent law abiding citizens, and inflicting pain and embarrassment are not the aims of a free and democratic government. It is the unpardonable evil of scoundrels crying for vengeance.