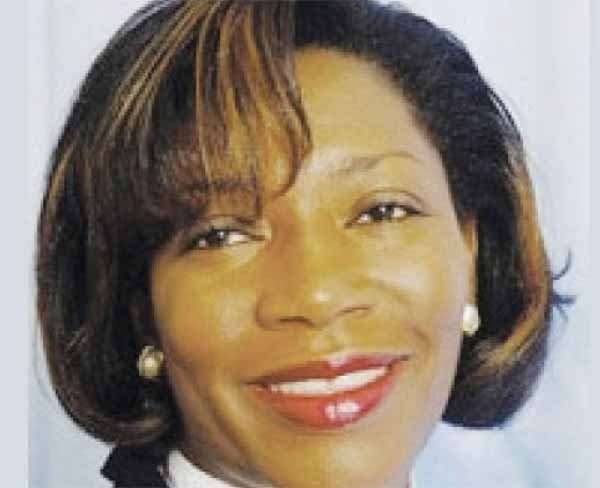 DPP Responds To Her Critics

DIRECTOR of Public Prosecutions Veronica Charles-Clarke has broken months of silence over claims that she had refused to act on the controversial IMPACS report into alleged extra judicial killings by members of the Police Force, despite being handed the report of the investigations into the incidents several months ago.

It was not known whether the latest attacks on her this week by Housing Minister Stanley Felix during a public meeting of the ruling St Lucia Labour Party on the Castries Market steps had anything to do with it, but Charles-Clarke issued a press statement Thursday and met the media to give her side of the story.

Charles-Clarke, who THE VOICE understands is retiring in a matter of weeks, issued the following statement:

“On Wednesday 4th December 2013 the Government passed legislation namely the Police Complaints Act No.7 of 2013 to allow special investigators to investigate complaints by the public against the police. This legislation gave the Minister responsible for the police the power to appoint police officers from within and outside St. Lucia to conduct these investigations. The investigators were appointed to conduct investigations into the 12 police shootings which occurred between 2010 and 2012. On 7th March 2015 at about 8:15 p.m., a package was delivered to me by the Honourable Attorney General under ‘Strictly Confidential’ cover. On 8th March 2015 I listened to an address by the Honourable Prime Minister Dr. Kenny D. Anthony at about 8:30 p.m. on the IMPACS Report during which he stated inter alia ‘that the investigators have recommended that all police officers involved in the unlawful killings of citizens in respect of the files reviewed must be prosecuted’. The Prime Minister also stated ‘the question whether anyone is to be prosecuted is solely for the Director of Public Prosecutions to determine after evaluating and assessing the probative value of the evidence placed before her. Likewise it is for the Courts to pronounce the innocence or guilt of any person who may be charged. The most the executive arm of Government can do is to provide the resources to the DPP to carry out the duties and the responsibilities assigned to her by our Constitution’.

“At the time of receiving the report I was engaged in a murder trial of Johnathan St. Rose et al, which lasted about three months. Thereafter I began the prosecution of Eugene St. Romaine for the homicide of Verlinda Joseph which went on until mid June when the High Court building was closed down for renovations and repairs. In June 2015, I wrote to the Permanent Secretary, Ministry of Legal Affairs requesting the appointment of a Deputy Director of Public Prosecutions and two senior Crown Counsel. It was my hope that the appointment of the additional staff which was long outstanding would have released me from my daily duties to enable me to focus my attention on the IMPACS Report and also provide much needed assistance to conduct research in the matter. To date no additional appointments have been made to the staff complement of the Office of Director of Public Prosecutions. It should be noted that I have been operating without a Deputy Director of Public Prosecutions since 2010 and without a full complement of 10 lawyers approved for my department since 2004.

“The package I received from the Honourable Attorney General was entitled ‘Investigations and review of all Instances of killings by Police Officers of the Royal Saint Lucia Police Force during the period 1st January 2010 and 31st December 2011’. There was no cover note or accompanying material.

“Given the significance and high public interest in this matter I took some time to carefully and thoroughly peruse what I received. I also had to undertake the necessary legal research and examine the applicable law. It proved to be a tedious and difficult exercise as the report had not been prepared in the manner and form of an investigation file. Instead it was presented as a review or opinion by a team of investigators. The report for the most part constitutes a summary or commentary, as well as analyses or assessments, conclusions and recommendations by the Investigation Team. The Investigation Team also made numerous allegations of infringements of some of the gravest and most serious offences under our Criminal Code. They also made several recommendations including that ‘all persons involved in extrajudicial killings must be prosecuted’. Throughout the entire report references were made to investigation files, witness statements, interviews, and documentation seen or reviewed. However none of these documents or material was presented to me.

“As Director of Public Prosecutions I am empowered under Section 73(2) of the Constitution to initiate, undertake and discontinue criminal proceedings. My role is to assess evidence whenever it is alleged that an offence has been committed to determine whether the evidence is credible, reliable and admissible. I must examine the source, form and content of the evidence and the circumstances under which that evidence was obtained. I can only do so if and when I am provided with that evidence.

I must also apply the Full Code Test for the prosecution of cases established by the International Association of Prosecutors and adopted by my office in 2011 which has two limbs:-

i)the evidential test – whether there is sufficient evidence to provide a realistic prospect of conviction and;

ii)whether it is in the public interest to prosecute.

“While both limbs must be satisfied the former prevails. This test can only be satisfied by weighing the evidence supplied against the legal requirements to determine whether the evidence is sufficient, credible, reliable and admissible. I also have to determine whether the investigation was proper, thorough, objective and fair. This is an exercise I perform every single day when I make decisions whether or not to prosecute cases presented to me by the police or other law enforcement agencies after an investigation has been conducted.

“What I received did not permit me to do so. The report for the most part constitutes hearsay. Save and except one expert report the report did not contain the evidentiary material in the form required under our laws for prosecution of a case. As indicated before, the actual evidence or evidentiary material was not presented to me.

Section 3 (7) of the Police Complaint (Amendment Act) which amends Section 18 of the principal Act states:

‘Where in any investigation authorized by the Minister, it appears to the investigator or lead investigator that there is prima facie evidence of criminal conduct, he or she shall transmit to the Director of Public Prosecutions all evidence, statements and other relevant materials arising from the investigation’.

“This was not done. Accordingly I have written to the Honourable Attorney General who delivered the report, and the Honourable Minster of Home Affairs who is the designated Minister under the Police Complaints Act asking for compliance with Section 3(7) of the Act and requesting among other things all the evidence referred to by the Investigation Team in the report.

“The investigation team has also indicated that the investigation is incomplete pointing out several outstanding areas which require further investigation. It will therefore be necessary for the investigation to be completed and all the evidence, statements and other relevant materials be furnished to the Director of Public Prosecutions in accordance with the Police Complaint’s Act”