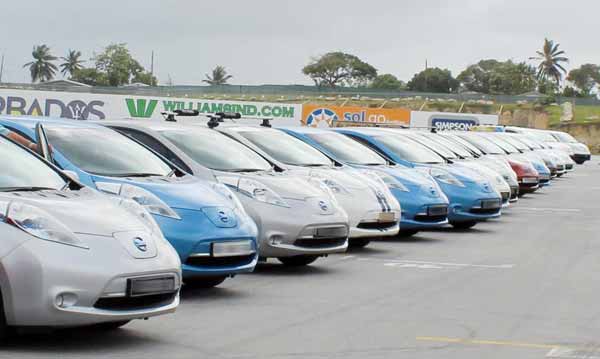 Can Caribbean Dare To Be Different ?

The Caribbean boasts a wealth of renewable energy resources which, if utilised on a mass scale, would allow the region to be more energy independent, and able to generate exports in the energy sector.

At the opening ceremony of one of the Week’s activities, a two-day conference, Pamela Coke-Hamilton Executive Director of the Caribbean Export Development Agency called for the region to move beyond talking about the issues at conferences and to “adjust or develop new legislation that supports and fosters the development of this sector… put in place incentives for the private sector to incorporate innovative technologies to reduce their electricity bills; and let us advocate for the public sector support that is needed to give the private sector the necessary platform to truly pioneer the growth of this industry.”

Unfortunately the region is currently subject to the some of the highest energy costs per capita in the world, due to dependency on imported fuel thereby making energy efficiency and renewable energy technologies critical to enhance the competitiveness of the private sector. There is however a real opportunity for the Caribbean to be global leaders in the adoption of these sectors on a mass scale.

As an opening to the week of activities, Barbados held the first electric vehicle (EV) rally -‘Evlution 2015’ on November 8. The event brought together many of the island’s EV owners in an Expo to support the promotion and raising of public awareness around the vehicles, and other energy efficient solutions available to Barbadians such as LED lighting, photovoltaic (PV) systems and different battery solutions.

Barbados already has 100 electric vehicles on the roads with interest continually growing from consumers looking to save on the fuel costs and contribute to protecting the environment in the process. Ms. Coke-Hamilton, who is also a driver of an electric-powered Nissan Leaf, disclosed that since changing her car she has exchanged on average $900 BBD monthly fuel bill, for an additional $150 BBD per month in electricity costs.

Head of the EU Delegation to Barbados and the Eastern Caribbean, Ambassador Mikael Barfod highlighted that despite the region lacking the research capacity in the area of sustainable energy, “Caribbean islands could be amongst the first to put technology into practice”.

He said: “We are not often in a position to say this but, in this case, it may be an advantage to be a small island, where electric vehicles can easily get around.”