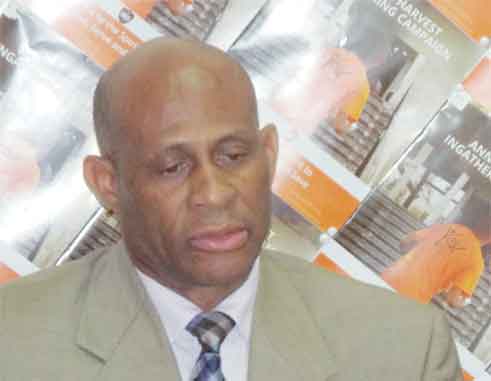 Pastor says It’s not Consistent With What We Believe.

WITH the subject of same sex marriages and unions becoming an increasingly popular topic of discussion across the globe, the matter was posed to a pastor of the Seventh Day Adventist Church last week.

The Church, according Pastor Alexander Biscette would not perform such marriages.

In the past few months, the topic has been raised and in your face with persons chiming in to express their thoughts including Pope Francis himself who has reportedly asked the Catholic Church to study the matter and individuals involved in same sex unions rather than an outright dismissal of the topic.

A number of U.S States and countries have been declaring same sex unions legal including Ireland last week and Australia currently pushing towards that move, the inevitability of the trend reaching Caribbean shores was raised.

Pastor Biscette, Executive Secretary on the SDA Church in L’anse Road, said the position of his church was with the word of God. However, he also acknowledged that “God seeks out sinners and would rather help them than shun them”.

Pastor Biscette said whether or not one agreed with the lifestyle or choices made by individuals, one still had to love and respect them and that was where the church stood.

He added: “The church has recognized that persons have a right to make choices and we could identify that through our scriptures. But at the same time, God who has given us the freedom of choice and has also established principles for Christian living and standards in his world . When we live contrary to that or we violate that, He is willing to forgive us to accept us with open arms so the church must have the same attitude”.

However when asked bluntly if same sex marriages would be performed in SDA churches here Pastor Biscette said: “It’s not consistent with what we believe, whether or not you agree with us or not”.

Pastor Biscette said whilst the lifestyles of the individuals should be respected, the lifestyles and beliefs of the church and Christians on a whole should also be recognized and respected.

He said the SDA Church was not “an opposing force”. However it tried to remain consistent in living the word of God.

“Our role in society is to try to help our people become better and we want to promote respect and tolerance. You don’t ill-treat people for the choices they make just because you cannot agree with them as a result of your convictions.”