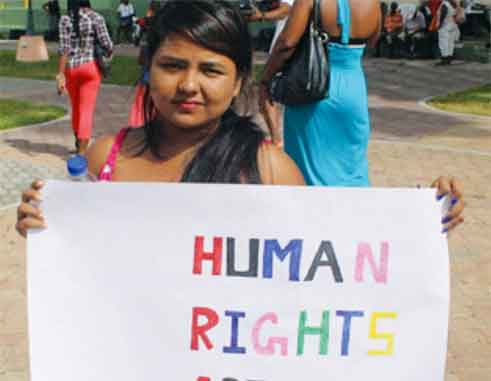 Home Affairs Says They Must Await  Trial of Officials.

STUDENTS caught in the Lambirds Academy scandal who had signed up to leave Saint Lucia, as part of an offer by the International Organization on Migration (IOM), will remain in the country until the court case dealing with their matter is concluded.

The Ministry of Home Affairs made the announcement in a press release which stated “Repatriation on hold until trial is concluded.” That’s because the students are witnesses in a case in which Lambirds officials have been charged.

This was the Ministry’s first official statement on the scandal since it broke out last February. Home Affairs Minister Phillip La Corbiniere has been heavily criticized over his handling of the matter which has now taken on political overtones.

The IOM had stepped in to repatriate the students based on talks between the Ministry and police. The students were expected to leave Saint Lucia in batches on June 8, 15 and 22.
“…the earlier decision to return the students to their homeland, including those funded under the International Organization of Migration Assistance Programme was based on detailed discussions with the Police, regarding the list of witnesses. However, recent discussions with the Office of the Director of Public Prosecutions have resulted in a review of this decision and all individuals will remain on island,” the Ministry noted in a release.

The Academy, located in Gros Islet, was closed by Police on February 27 and its Chief Executive Officer Iftekhar Ahmed Shams and four other persons were arrested and charged with a number of offences including money laundering and human trafficking.

The students, meanwhile, have been vocal about their situation taking to the media to voice their plight even going as far as staging a protest march near parliament buildings two weeks ago to highlight their frustrations and the length of time being taken to deal with their matter.

But government says it has been, and will continue to honour its obligations to the students until court proceedings have come to an end.

“Moreover, the Government of Saint Lucia through the Ministry of Home Affairs and National Security has had to absorb significant costs, in order to secure lodging and meals for the Nepalese and Indian nationals. Currently the individuals reside in establishments located in the north of the island. As of June 8, 2015, the expenses incurred are: the Pastoral Centre – $453,178.92, Lawrence Place- $10,000.00, St. Brice Place – $7,500.00 and Emmanuel’s Place – $1,650.00. The total sum of money incurred for the period of three months stands at: $472,328.92,” the Ministry stated in its press release.

The release noted that government continues to collaborate with the Ministry of Health to provide health – related services to the students.