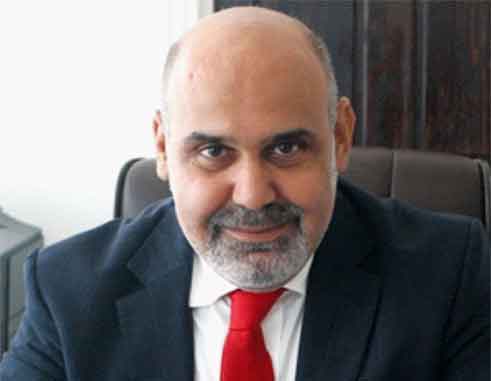 SAINT Lucia is expected to benefit immensely from the recent deepening of its diplomatic relations with the Kingdom of Morocco.

That’s the commitment being given by Mohammed Benjilany, Moroccan Ambassador to Saint Lucia, who spoke to The VOICE about the relationship the two countries share and how both countries can benefit.

A Moroccan embassy was established in Saint Lucia last December. However, diplomatic relations between Saint Lucia and Morocco date back to the 1980s. Ambassador Benjilany’s appointment took effect on March 9, 2013. However, he took up his post in Saint Lucia in February last year.

Ambassador Benjilany said the two countries have “enjoyed excellent relations” over the past few decades. However, he said, the time had come to step up the diplomacy a few notches. That happened in 2013 when a multi-sectoral delegation from Morocco visited Saint Lucia. The delegation was headed by the Permanent Secretary of the Ministry of Foreign Affairs and Cooperation.

“During their stay in Saint Lucia, they had contacts with the Ministry of External Affairs here to agree on a framework of cooperation to anchor that excellent relationship between Morocco and Saint Lucia,” Ambassador Benjilany said.

Previously, the Caribbean region was covered by the Moroccan embassy in Santo Domingo, Dominican Republic. However, in order to simplify and project Morocco’s particular interests in the Caribbean region, the decision was made to group all the English-speaking countries under one embassy. That embassy in Santo Domingo would remain open to take care of other parts of the region, Ambassador Benjilany said.

Since his arrival here last year, the ambassador said he has begun working with local authorities, including the Ministry of External Affairs. Under the framework of cooperation that had been agreed between Morocco and Saint Lucia, a series of sectors had been identified in a common agreement with the Saint Lucian authorities and representatives of the Moroccan government. Those sectors cover education, agriculture, vocational training, tourism among other. The exploration of renewable energy was also identified as a sector for potential exchange, the ambassador said.

“Of course, there’s the whole dimension of exchange of experts between the two countries in the sectors that have been identified,” Ambassador Benjilany told The VOICE. “So a roadmap for cooperation had been drawn up and agreed upon and we have already started implementing it. The first aspect of it that was implemented was in agriculture when Morocco shipped the first batch of fertilizers for farmers in Saint Lucia. We are now working on the second shipment.”

The first batch of fertilizers was to benefit non-banana farmers. For the next shipment, local authorities would indicate what their specific needs are in that regard. The ambassador said his government is working on a soil fertility mapping programme with Saint Lucian authorities. Much progress, he said, is being achieved thus far in that regard, he said.

“I think we are very well-advanced on that subject. I know that there is direct contact between the Ministry of Agriculture here and their counterparts in Morocco and it seems that things are going very well,” Ambassador Benjilany said.

Morocco has also agreed to provide 20 scholarships for Saint Lucians to study in a number of courses in that country’s universities. This arrangement will last for a period of three years, totaling 60 scholarships. The first batch of students is expected to benefit from the 2014/15 scholarships.

Bridging the cultural and geographical divide between Morocco and Saint Lucia is also an area that Ambassador Benjilany said the roadmap is intended to incorporate. He said his government is also working with the Saint Lucian government to identify projects that have social and human development aspects, such as infrastructure, that can serve communities. As for tourism and trade, he said, the sky is the limit.

“The idea would be to raise interest in Saint Lucia, for example, as a potential market for Moroccan businessmen and vice versa. The possibilities are immense,” Ambassador Benjilany told The VOICE.