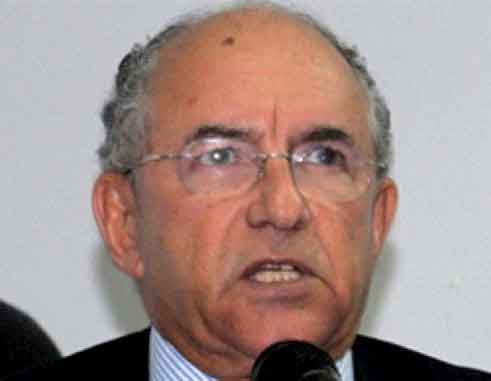 The annual budget review session is a forum whereby key stakeholders critique the plusses and minuses as it relates to government’s plans to achieve its fiscal goals.

According to Peterkin, two crucial factors that have perennially been an issue surfaced again this year: accessing the amount of grants projected in the budget and implementing the level of capital expenditure projected in the budget. Peterkin said the rates of actual realization or implementation in both cases have been low over the years.

While the Prime Minister did indicate the sources of grant funding totaling $126 million, Peterkin said the real challenge lies in “working really hard to tie down those governments to giving the funding that is necessary.” On the subject of capital expenditure, he believes government should reach out to the private sector more.

“(Government needs to) outsource some of those things so that in fact not only are you getting more help to get the thing done in terms of the planning and implementation but you’re also getting a buy-in from the private sector,” Peterkin said.

When he presented his budget statement earlier this month, the prime minister said the budget seeks to spur much-needed investment in the country. Like Dr. Anthony, Peterkin concurs that this year’s budget seems optimistic. However, he has some concerns.

“It’s a déjà vu budget in the sense that without a silver bullet – or with a lack of options – you tend to find great similarities over the last 25 years of budgets. I looked at a lot of things from last year. Some of the things got shoved into this year and it’s pretty much the same thing: deficit spending, stimulus and capital expenditure in order to achieve growth. They didn’t do it last year but they’ve had a year of being able to get things organized. All of us want our budget to work: we want success, we want growth and we want employment. We don’t want things to fail simply because it’s simply the wrong political party,” Peterkin explained.

Peterkin said what really needs to be done is to have measures in place that would create greater linkages among tourism, agriculture and manufacturing. Too much lip service has been paid to that effort over the years, he said, resulting in the island’s inability to achieve that goal.

“(In the case of tourism), if you look at what’s happening in Grenada, Barbados and Antigua, (you’d see) that they’ve been able to attract foreign direct investment but they had to give away a little more to get it. We have to compete with these islands, so we may need to give that serious consideration,” Peterkin said.

From the Chamber of Commerce’s standpoint, its Executive Director said more focus needs to be paid to remedial education. He said more efforts need to be focused on trying to bring more people up to the level where they are competent for the skills the market requires rather than trying to only attract the crop who can boast of having 17 CSEC subjects. A tertiary level institutions such Sir Arthur Lewis Community College, he said, “requires a lot more private sector thinking and involvement at the board level.”

Louisy cited a 2005 World Bank report, “Towards a New Agenda for Growth: Organisation of Eastern Caribbean States” which, he said, “speaks to how other institutions that seem to be more responsive to the needs of the economy and private sector have on their boards five or six private sector persons.”

Louisy continued: “(This) encourages and fosters greater linkage to the business community of what is happening. They bring ideas and suggestions about how you can get the private sector more involved.”

In that World Bank report written by Jeremy Stephen, the author argued that managing the region’s human resource endowment effectively is a key factor to facilitating any growth enhancing strategy. Stephen said that while the OECs has made some strides in expanding access to education, much more needs to be done at the secondary school level.

Permanent Secretary Dr. Reginald Darius said that while there are suggestions that Saint Lucia is not doing as well as the other OECS countries, the answer lies squarely on the shoulders of not enough foreign direct investment (FDI) coming into the island.

Dr. Darius added that there must also be a supporting environment to encourage FDI, including government’s commitment to reducing the country’s infrastructural gaps. Nevertheless, he said, Saint Lucia – despite its mounting challenges – has been able to make some positive adjustments in the past fiscal cycle.

“The reduction of the (fiscal) deficit is significant,” the permanent secretary said. “It moved from a deficit of 9.1% of GDP in 2012/13 to 3.4% of GDP in 2014/15. You would struggle to find an adjustment like this in any country which does not have an IMF programme.”