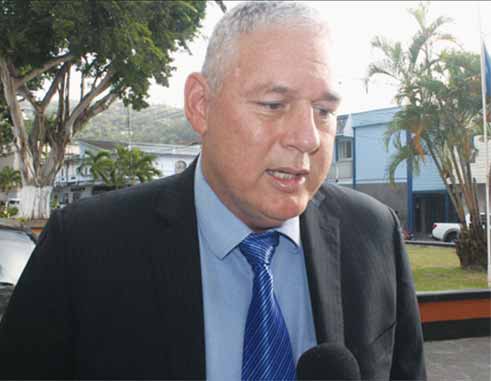 In his three-hour-long presentation in the House of Assembly, Dr. Anthony said the VAT threshold will be raised from $180,000 to $400,000, causing over 600 VAT registrants to no longer collect VAT on the government’s behalf.

The second proposed amendment will be a deferred tax system for the importation of capital goods. With the new measure, registered and existing businesses can request a deferred payment to eliminate the possible cash flow problems resulting from investment in large capital goods.

“Taxpayers who meet the required conditions will be allowed to defer payment of VAT on the importation of selected goods,” the Prime Minister said. “Accounting for the VAT will be a book entry and as such no cash payment is required.”

According to Dr. Anthony, improved cash flow as a result of no upfront payment of VAT on importation of capital goods, a lower required funding and cost of financing such capital goods, and a better perception of the island as a place where the ease of doing business, will all benefit the business sector.

Under that that third proposed amendment, the Prime Minister said Schedule Three of the VAT Act will be amended so as to exempt items that would have been re-imported to Saint Lucia having attracted VAT initially and later found faulty and needed to be replaced.

The fourth proposed amendment to the VAT Act will ensure that refunds are paid automatically, replacing the system whereby businesses dealing in zero-rated supplies to apply for a monthly refund on prescribed application forms.

“This will minimize the administrative burden on the (Inland Revenue) Department and the business and further confirms that we have an efficient VAT refund system in Saint Lucia,” Dr. Anthony said.

Meanwhile, Political Leader of the United Workers Party (UWP), Allen Chastanet, says the Prime Minister has “missed the mark”. Describing the Prime Minister’s Budget Statement as “a campaign budget”, Chastanet said the economy can only grow if the productive capacity is strengthened.

Chastanet, who sat in the House of Assembly throughout the proceedings, told The VOICE afterwards that the proposed changes to the VAT system signal a positive move on some levels.

“I think increasing the threshold was the right thing because a lot of the small businesses are suffering,” Chastanet said. “I still think it’s too complicated a tax for a lot of the small businesses. Having exemptions in the tax system creates all kinds of accounting problems. That’s when VAT starts to become more complicated to analyze. So it may be better to lower the level of VAT and make it across-the-board and a much easier tax to manage.”

Managing Director of Caribbean Awning Production Company Ltd, Paula Calderon, told The VOICE yesterday that the four proposed changes to the VAT system have both their pros and cons. Since the inception of the VAT system here in October 2012, Calderon has been a vocal critic of the disadvantages the new tax system poses to especially small businesses.

“This will certainly help the small businesses in Saint Lucia to survive as we have seen many of them go out of business,” Calderon said of the Prime Minister’s announcement to increase the VAT threshold. “Bear in mind, however, that this revenue must come from somewhere as we can see this increase in other areas like vehicle increase, etc.”

As for the deferred tax system on the importation of capital goods, Calderon said the new measure will assist both local and foreign investors as far as cash flow and creating the perception of the ease of doing business are concerned. Nevertheless, she said, the necessary protocol and paperwork must be simplified for the system to work efficiently.

“Preferably, it would be more encouraging if all investors who initially set up shop in Saint Lucia not pay VAT on their initial equipment,” Calderon said.

Calderon endorses the proposed amendments for the exemption of VAT on importation of replaced goods as well as the reduction of paperwork that will come about as a result of the ease of refunds to zero-rated businesses.

The House of Assembly reconvenes today for the Budget Debate that is expected to end tomorrow.