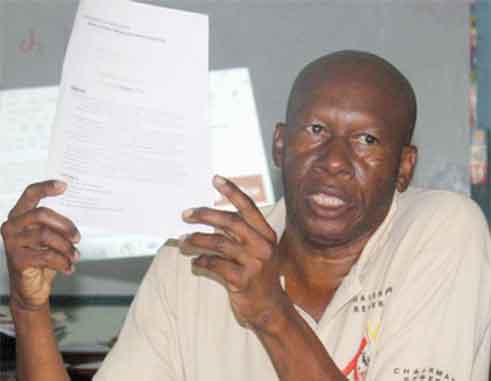 THE opening show of this year’s calypso tent season will sound off this evening at the recently-refurbished National Cultural Centre (NCC) from 8:30 p.m.

This evening’s tent show is being touted as the new beginning of better things to come from the half dozen calypso tents that have seemingly taken collaboration to a higher level. Calypsonians from the different tents will share the stage with the hope of what they have to offer results in the masses turning out in large numbers throughout the season.

Communications Officer of the Saint Lucia Association of Registered Tents (START), Cecil Charles, said START has been conducting a series of general meeting over the past few weeks to update calypsonians and soca artistes on plans being made for this year’s calypso season. Such plans relate to auditions, rehearsals as well as show dates for the season, he said.

Charles said the meetings were also use to get feedback from artistes, many of whom had outstanding concerns about the way forward for the calypso and soca music art forms and START itself.

“The artistes need to know what they are getting into in terms of the financial gains,” Charles told The VOICE. “We all know that these artistes invest a lot. So it doesn’t make sense for them to be investing so much and at the end of the day they are basically not getting anything out of it except, of course, if they make it to the finals where they can afford to cover the expenses they incurred throughout the season.”

Charles added that START is also pushing the crucial issue of product development so as to ensure that the overall calypso product is of a high quality. To realize that goal, he said tent leaders especially are ensuring that everything is balanced as it relates to getting artistes to audition and be well-prepared so that when a show is presented, the public will be satisfied.

Charles, who also serves on the executive of Take Over Tent (TOT), said START has had many meetings with officials from the Ministry of Creative Industries whom, he said, “are looking more at the development aspect because that’s one thing we’re really pushing.”

“We’ll be having a judges’ workshop and have already contacted an experienced person who has judged calypso all across the Caribbean. So it’s really about brushing up and looking at some of the things we said need to be improved regarding the judging criteria. The ministry is in full support of it,” Charles explained.

With the Jazz season now out of the way, Charles said the sponsors START would have spoken to in advance will hopefully be able to finalize the vital sponsorship arrangements with most of the tents.

Among the concerns Charles expressed was that calypso tents find themselves at a disadvantage having to approach sponsors for sponsorship who would have already committed financially to the entity administering Saint Lucia Carnival, the Carnival Planning & Management Agency (CPMA). He believes the CPMA should be the agency through which all sponsorship should be channeled from sponsors to entities related to Carnival.

“The individual tents and other tents should not have to be going to sponsors because they would have already been catered for by that national body representing the different branches and stakeholders of Carnival. This is something they have to look at seriously,” Charles told The VOICE.

Another concern Charles expressed was that sponsors need to demonstrate fairness in terms of striking a balance with what they earn from the festival with what they contribute. Charles contends that while the commercial sector benefits immensely from the publicity and volume of sales of their products and services as a result of Carnival, many do not give back fairly.

“All the players in this thing must benefit. It cannot be the artistes doing all that creative work and so on and at the end of the day if he or she doesn’t make it to a final, he or she has lost,” Charles said.

Last Tuesday evening, START held a press launch at Auberge Seraphine where a number of new initiatives being undertaken by the local calypso fraternity were revealed. Chairman of START, Fitzroy “Bingo” Leon, announced that a memorandum of understanding was signed between START and the Ministry of Creative Industries that will see that ministry assisting START both financially and administratively.

Leon said calypso tent shows will be held every Saturday and Wednesday until June 27 with soca tent shows being held on some Fridays. An extra show, dubbed “Timeless Masterpieces”, will be held on July 31 and will feature some of the greatest calypsos of the past.

Another major achievement, Leon said, was that as of Wednesday, June 3, calypso tent shows can be viewed live on pay-per-view television through a deal inked by START, Choice TV and title sponsor, LIME. Leon said the deal became necessary since the organization needs to improve its product quality by first paying its expenses, including better artiste fees. Leon said the deal became necessary as traditional sponsorship does not cover all the operating costs.

A new website for START, www.start.productions, was also launched this week.