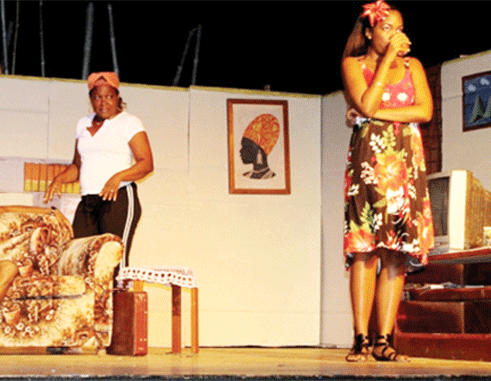 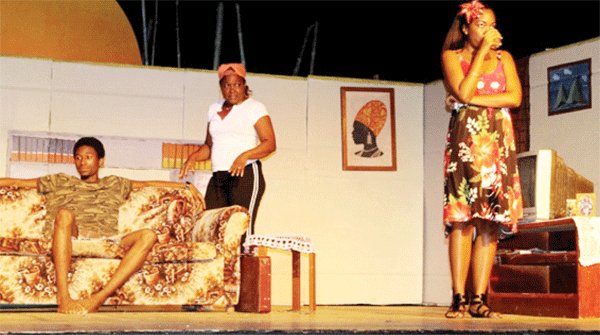 DIRECTOR Hayden Forde and Gemstones Theatre will stage the second public performance of the play, “One of our sons is missing”, this evening at the CSA Centre in Sans Soucis.

The play was written by Trinidadian playwright, Godfrey Sealy, and deals with the battles faced on several fronts by its six characters as they come to grips with the effects of a serious disease.

Forde, who has been directing and writing for nearly four decades, said patrons are in for some serious self-analysis as it relates to dealing with the subject of HIV/AIDS.

“The production is about a family whose son has been infected with HIV. It also deals with themes such as relationships, trust, stigma and discrimination. Basically, the play deals with all the factors regarding HIV/AIDS. It’s a play that I think people would want to see,” Forde told The VOICE.

Forde’s directing over the years has focused principally on themes that have deep social impact. About two years ago, he directed “In Half an Hour…Anything Can Happen”, a play written by poet/playwright KendelHippolyte. That play also dealt with the subject of HIV/AIDS.

One of the most riveting scenes in “One of our Sons is Missing” is the disclosure by one of the lead characters, Miguel (played by Anthony Avril) to his female love interest, Lesley (played by Nicole Samuel) that he is HIV-positive. Other cast members include Brenda Calixte (who plays Miguel’s mother) and Peter Lewis (who plays Miguel’s close friend).

Forde said medical advances since the advent of the AIDS epidemic has meant that people can now live longer via taking prescribed drugs. Nevertheless, the stigmas associated with HIV/AIDS have not dissipated. Moreover, he said, as other deadly viruses such as swine flu and Ebola claim lives faster than HIV/AIDS, people now tend to let their guards down to the disease. The play, he said, is thus educational on many levels.