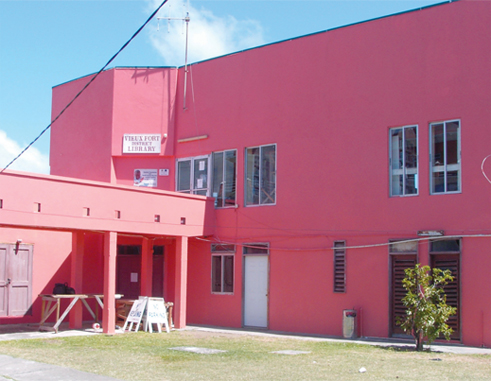 RESIDENTS of Vieux Fort and Laborie, especially parents of students attending secondary schools, have been complaining about the library services the Ministry of Education has been providing and in some cases no services at all.

Last year the Laborie Public Library was closed for five months, while two-person staff at the the Vieux-Fort Public Library, was reduced one for several months, causing much inconvenience to persons using that library.

And just a few weeks ago, the Vieux Fort public library suffered again, after the librarian who was transferred there on a temporary basis, was sent back to her original work station, in Laborie. Public library.

The librarian who was hired to work on a temporary basis at both of these communities on separate occasions, has not been rehired.

And while the situation at Laborie has returned back to normal a few weeks ago, it has resulted in the Vieux-Fort library being without a librarian since then.

The situation has annoyed students of the area. They say it is a shame for a town, which has three secondary schools and two medical schools to have so many problems at its library. They described the Vieux-Fort library as the worst in the south, as it relates to providing a reliable service.

Kurshly James, a student of the Sir Arthur Lewis Community College in Vieux Fort said: ”It’s a shame a town like Vieux-Fort is without a librarian. It has a negative effect on us and the community as a whole where there are so many students.”

He wants the authorities to address the matter as soon as possible.

Clair St. Rose, another student of the college said: “Right now we have nowhere to study. The closure of the library is affecting us.”

Another student, Damian Symphorian said he was surprised to see the library closed when he went there last week.

“There are books in the library which I would like to use. Now that the library is closed what do the relevant authorities expect us to do?” he asked.

Due to the closure of the library, a number of students can be seen idling on the compound on a daily basis.

The situation is further compounded by the fact that Vieux-Fort is one of the few communities in the south of the island without a human resource centre.

The Vieux-Fort library which was in a terrible state for some time, was recently given a welcome face lift.

Director of library Services, Sylvia McFarlane, declined to comment on the matter.