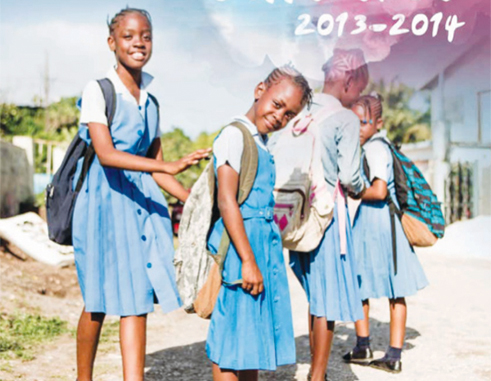 THE Sandals Foundation, a non-profit organization created to undertake the philanthropic work of Sandals Resorts International says it is making a difference and changing the lives of people it serves in the seven Caribbean countries where it operates.

The six year old Foundation funds projects in three core areas: education, community and the environment. One hundred percent of the monies contributed by the general public to the Sandals Foundation go directly to programmes benefitting the Caribbean community.

Details of the Foundation’s philanthropic efforts in the region are contained in its annual report for 2013-14 just published. The report is titled “Making A Difference”.

Founded March 18, 2009, the Sandals Foundation gives back to communities in Jamaica, the Bahamas, the Turks and Caicos Islands, Grenada, Saint Lucia, Antigua and Barbados. Its inception was the culmination of three decades of giving back on the part of the Sandals Resorts International.

“Celebrating five years was a big milestone for us,” noted Heidi Clarke, Director of Programmes for the Sandals Foundation. “We took a step back and looked at what we were able to accomplish in that time with support from our guests at Sandals, Beaches and Grand Pineapple Resorts, travel agents, volunteers and our team members, and we were humbled by the dedication they showed.

“Thanks to our supporters, past, present and future, we have made a difference and we will continue to make a positive and at times, life-changing impact on the lives of the people who live in the communities we serve,” she continued.

The report also speaks to the Foundation’s launch of an early childhood education initiative, Project Sprout, its partnership with organisations such the SickKids Foundation, Hands Across The Sea, and the Providing Access to Continued Education Programme (P.A.C.E.), and its environmental efforts such as Marine Awareness Month and the preservation of the Grenada Dove.