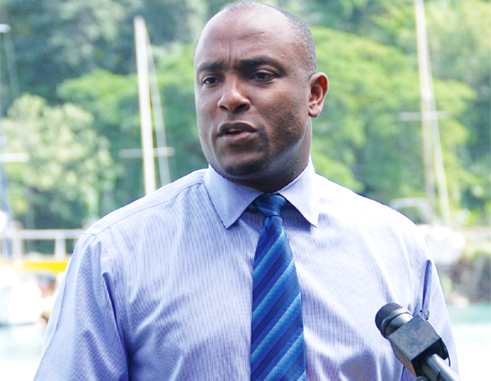 SPORTS Minister Shawn Edward has told affiliates of the St. Lucia Olympic Committee, that the time has come for everyone to play their role for the development of sports in St. Lucia.

He was speaking at the recent annual luncheon of the St. Lucia Olympic Committee (SLOC).

Edward told the SLOC affiliates: “We are partners in this thing; we are partners working together, the SLOC and the Ministry, but even more importantly is the relations we have been able to forge with the various federations”.

He continued, “There are quite a few federations that are not part of the SLOC setting and they too have to be encapsulated by their respective programmes in terms of what they present to the nation. The question of strengthening federations is something the ministry really wants to devote attention to in the ensuing financial year”.

Edward noted that government was always an easy target when things go wrong, but added government in this context had nothing to do with political party, but the institution of government and every time things, went wrong it was the government that is not doing sufficient”.

He added, “For the past three years as Minister we have done quite a bit in a number of areas. It was deliberate on our part to ensure that we improve on the sporting infrastructure in St. Lucia and almost every playing field has been touched. Every playing field has received some form of assistance by way of direct injection in the form of money or personnel to ensure these playing fields reflect the ideals that we want to pass on to our athletes in St. Lucia”.

“You cannot continue to pay lip service; you have to put the resources to back up the pronouncement that you make, be it on a political platform or within the confines of the parliamentary chamber. Whatever we say are things we have to deliver by way of resource allocation”, Edward asserted,

The Minister said, that during the Independence celebrations this year a number of playing fields that have been recently lit will be commissioned and not only will the ministry raise the profile of sports in the country, but in a more direct way,” we will be impacting the quality of life in some of the more specific communities where the projects were undertaken”.

For the Commonwealth Youth Games set to be held here in 2017, he said is a mammoth undertaking and is one that calls for all sporting hands to be on deck. “Even if we have all sporting hands on deck that will not be sufficient for our country, it is something all of St. Lucia must embrace in order for us to deliver and ensure our country enjoys the kind of profile and image that we rightly deserve in the regional and international sporting arena”.