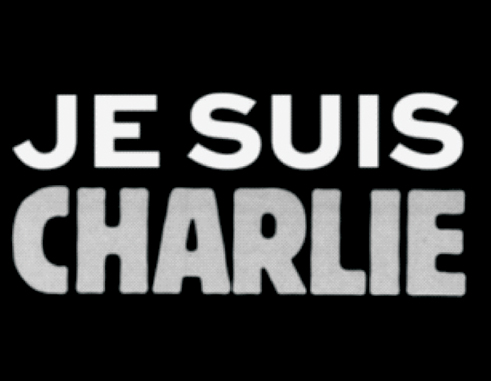 From the dawn of time to the offices of Charlie Hebdo on Wednesday, January 7, 2015 in Paris, France, man continues to use whatever means at his disposal to control other men. Military might, economic power, trading agreements, violence or the threat of it, prestige, and privileged position—these are all wielded by individual countries, groups of countries, and individuals, in their quest to subjugate man to their will.

Race, ethnicity, caste systems, class systems, intellectual punditry, politics, religion, and just plain greed are some of the hobgoblins that feed the shallow need for domination. And, none is immune. From “superpower” nations—and the world has seen its fair share of those—to caliphates, to kings, to transnational corporations, to the poor neighbour who lords it over his poorer neighbour, we just can’t seem to quash the urge to be “bigger”, “better”, or “purer” than somebody or everybody else, so we can enjoy the attendant “benefits” that this status brings.

Why do we continually allow our various diversities to create the imps who provoke dastardly behaviours? Why doesn’t the 20/20 vision of history guide current behaviours so we can avoid the mistakes of the past? Do we all have a rogue gene in our DNA that presupposes this cognitive state? And, if not, why, then, do so many of us still harken to religious, political, race, and other dogma to inflict severe pain, and worse, on others? And, too, why do so many of us believe that it is okay, because it is legally permissible, to heap shame, insult, or dishonour on others in the name of free speech and freedom of expression?

A little over four decades ago, I read a passage from a book wherein the writer laments: “O religion, what sins are committed in thy name!” Those sins that the writer refers to are not committed in the name of religion, per se, but in the name of a merciful God who, all such religions teach, frown on all sin. Whether we choose to call this God Yahweh, JAH, Jehovah, Allah, or something else, the characteristics we ascribe to him suggest a universality that is unassailable, and which goes beyond race, ethnicity, or a caste construct. Is this God so weak, so powerless to defend his name or that of his prophets—living or dead—that he accepts men’s vile actions perpetrated against other men based on an interpretation or misinterpretation of His written word?

Christian crusades,jihads—fought against the heathen or the infidel, in the name of God, have darkened the annals of civilization for millennia. And, the senseless slaughter has almost always been conceptualized, planned, and implemented by “holy men” whose utterances are seemingly unquestionable and absolute, and who operate from a “safe” distance; “holy men” who assume the judgment power of God and commit mayhem in his name.

The Charlie Hebdo matter simmered for years. From the Danish newspaper, Jyllands-Postens, cartoon depiction of the prophet Mohammed in 2005, to the magazine, Charlie Hebdo, republishing the cartoons in February, 2006, in defiance of the violent stand taken against the Danish newspaper, it all came to a murderous head on January 7, 2015 when two men stormed the offices of the Paris magazine. And, as is always the case, the questions, the recriminations, the never-ending soul-searching begins. And, as is always the case, the oft-repeated, hollow phrase “never again” is sounded, then forgotten in the seemingly benign beginning of yet another massacre.

Why do we continue to treat God as if He were one of us? Why do we continue to use our finite reasoning to probe the infinite? What makes us think we can punish those whom we consider to have acted with impropriety towards God or his prophets? Yes, I believe it is morally repugnant for one to attack another’s religious beliefs in a manner that causes hurt, insult, or dishonour! But, I believe it is even more repugnant for one to effect a revenge killing in the name of God or his prophets! After all, didn’t God give us free will or choice in the matter of our everyday actions to which He alone, and not anyone else, has the power to hold us accountable? Why, then, do men mock God further, by claiming His Divine right to retribution against those who rebel against Him?

I leave it to the “experts” to answer most of the questions I’ve posed above. I do know this, however: with due regard to free will or choice bestowed upon us all by God, I must declare, “I am Charlie.”