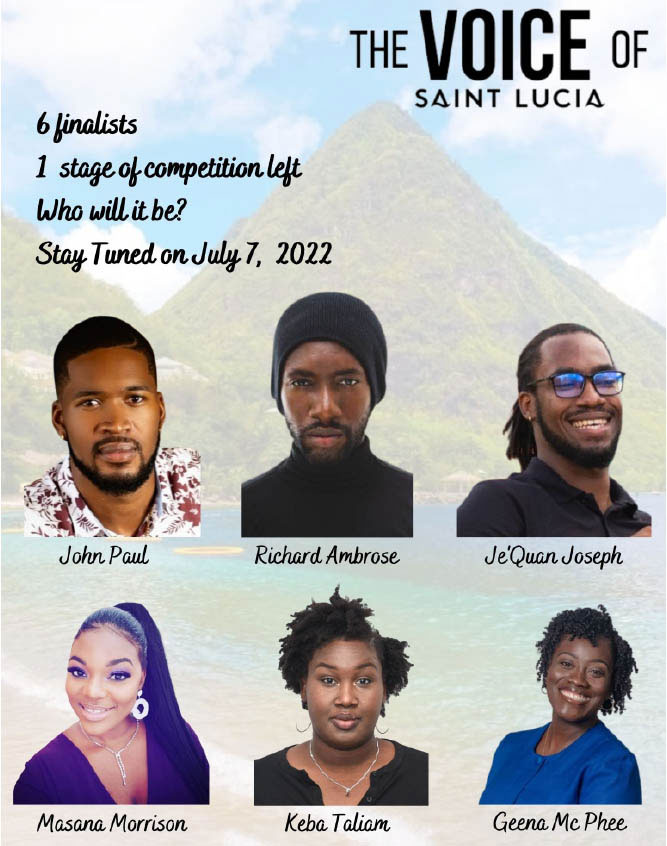 Six finalists in ‘The Voice of Saint Lucia’ competition are currently vying for the top spot that could name one male and one female Saint Lucian national on July 7th.

Twenty-two nationals auditioned before a panel of judges on May 26th, following which, six individuals met the criteria that could possibly monetize their voices in the destination’s global marketing and advertising campaigns.

“The momentum is growing, and we are excited to work with our nationals in showcasing their talents while creating employment opportunities. We are thrilled to know that Saint Lucia possesses such great voices and commend those who stepped out of their comfort zones to be a part of this brand Saint Lucia experience. This has truly been an enjoyable activity and has allowed us to discover hidden talent while getting to know many of our people across the island”, remarked the CEO of the Saint Lucia Tourism Authority, Lorine Charles-St. Jules.

‘The Voice of Saint Lucia’ will be announced at a press conference to be held at the Saint Lucia Tourism Authority and carried live on the Authority’s Facebook platform, and subsequently via mainstream media. The chosen male and female will thereafter be invited to meet our team and enter into a contractual agreement with the Saint Lucia Tourism Authority. We thank all participants, the team of judges, and the staff who are dedicating their service to this initiative.