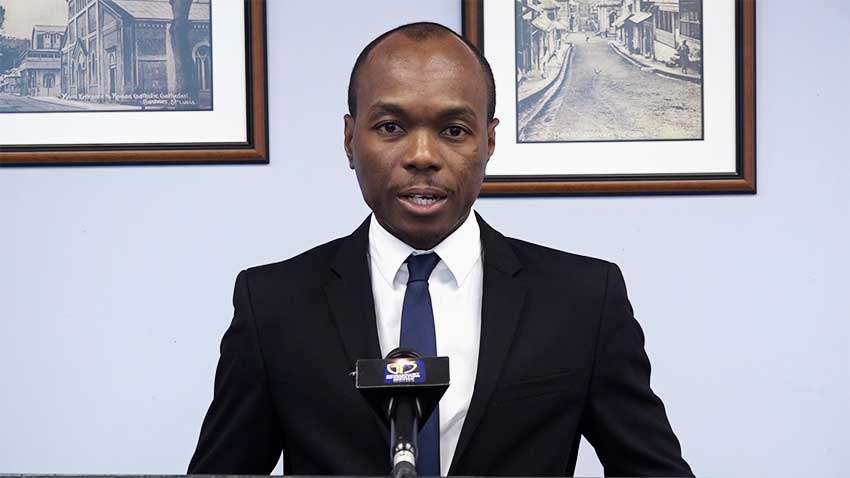 In a move rarely seen in Parliament, two Bills that went through all their stages at Tuesday’s Sitting of the Lower House of Parliament did not make it on Thursday’s Order Paper for discussion in the Senate, and both the opposition and the government are somewhat feeling pleased with themselves for the strange move.

Introduced late into the session that began Tuesday morning, were the Saint Lucia Tourism Authority (Amendment) Act and the Tourism Levy Bill. Both were introduced in the House for the first time during Tuesday’s session.

Also out of the Senators deliberations Thursday was the motion having to do with the (VAT) rate of tax on goods and services provided by hotels and other providers in the tourism sector.

Said Prime Minister Allen Chastanet on his Facebook page Thursday, “After careful consideration, our Government has determined that some sections of the Tourism Levy Bill may seem ambiguous, thus giving rise to a certain level of misunderstanding and misinterpretation. Our Government is not insensitive to some legitimate concerns that have been expressed in that regard.”

According to the prime minister, the Act was intended to help small tourism related businesses and is too important a piece of legislation to be misunderstood, hence the reason for its withdrawal. He said the legislation was intended to complement what government is doing with village tourism, the marketing of the Saint Lucia brand and other destination enhancement programmes to further incorporate and provide benefits to small and medium sized tourism and hospitality businesses.

“Notwithstanding that this policy initiative has been extensively discussed for the last three years, we want to make sure that there is clarity in the intent and language of the legislation. Hence, we have decided to remove it off the Order Paper for the Senate at this time to allow the opportunity for further review,” noted Prime Minister Chastanet.

The prime minister is of the view that the country’s small tourism business sector is very important and “therefore equally important to us and them that we get it right, that the legislation meets its objectives and that the Bill is a true representation and reflection of the Government’s policy intentions.”

Tourism Minister Dominic Fedee in a statement said that the Tourism Levy Bill was not targeting Air BnB properties but rather the entire accommodation sector.

“It must be made clear that the Village Tourism Incorporation Inc. will be established in conjunction with the Tourism Levy Bill,” Fedee said. “And what this does, it will give the Air BnB properties the opportunity to get concessions. So, at present only hotels that have six rooms, or more are benefiting from concessions. Now we are saying everyone should benefit from concessions and that everyone should participate meaningfully in the tourism sector and so we are asking everyone to register and participate so that you can receive marketing help,” Fedee said.

He said that by the incorporation of village tourism, government would be able to help smaller properties get established, get advanced and be more competitive in the industry.

The tourism levy had sparked some controversy in the country when it was first mooted and consulted on prior to its parliamentary appearance. According to the prime minister’s Senior Communications Officer Nicole McDonald, government recognized the need for further consultation especially in terms of how the Bill would impact the AirBnB properties.

“We do not want the Bill to be misinterpreted. We want everyone to fully understand the Bill’s intention and the benefits that come with being registered and advertised under Brand Saint Lucia. So, the opportunities for the small and medium tourism enterprises are what the Bill is all about. We want to make sure we get that intention right. We are not a government that is ever afraid to say we are going to look at this again,” McDonald said.

But Opposition Leader Philip J Pierre is claiming the Bill’s withdrawal from the Senate as a victory for his party’s resistance to it.

“Saint Lucia, our voice has been heard,” was his opening salvo on his Facebook page as he alerted Saint Lucians, via that medium, on the government move to remove the two Bills and a motion on the Senate Order Papers.

“After exposing the Government’s deceitful attempt to yet again amend the laws of Saint Lucia at 2:10 AM on Wednesday, 3rd June 2020, I must inform the public that the Bill which was presented to the Parliament has been placed on hold.

It is evident that the prime minister, filled with fear, crumbled under the immense pressure from both the Opposition and members of the public. Indeed, he knew that his actions were unjust and another vile, corrupt and surreptitious scheme hoping to sneak onto the pages of our law books,” Pierre noted, questioning whether the prime minister has a moral compass or a conscience.

According to Pierre, he is duty-bound to represent the interests of Saint Lucians since he was elected by the people to ensure transparency and good governance prevails, making certain that the integrity of Saint Lucia is not compromised by any dictatorial rule.

“Allen Chastanet think again!” he added. “I wish to remind you that I am ever vigilant and watching every attempt to deceive and oppress the people of Saint Lucia with these underhanded and unscrupulous acts. I will not allow these practices to go unnoticed, unannounced and swept under the carpet. What is done in the dark at 2:10 AM, shall come to light!”

“To my fellow Saint Lucians, press on. Let’s reclaim our Saint Lucia. We must continue to agitate for what is right because to be silent is to be complicit in Allen Chastanet and his party’s vindictive and callous ways,” Pierre wrote, ending his piece with the hashtag #StrongerTogether.