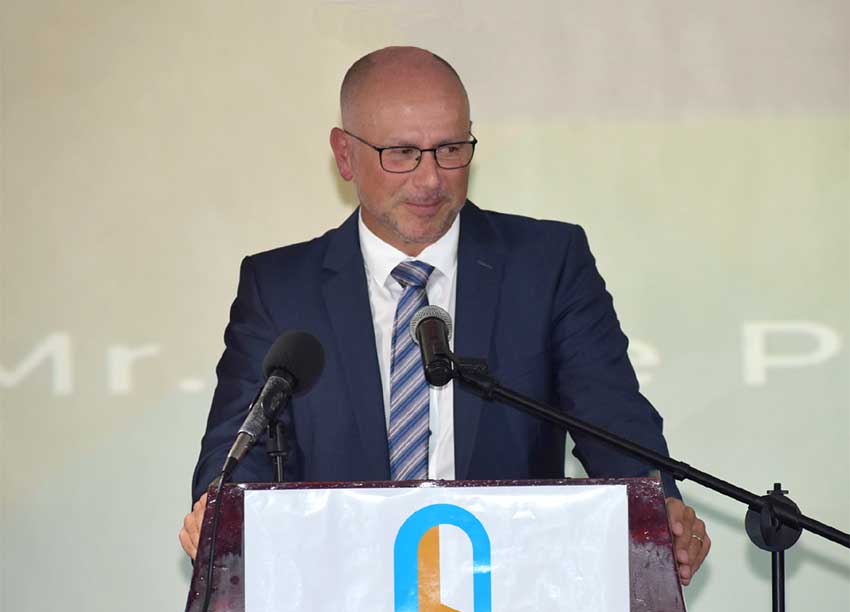 The Competency Centre was designed specifically with the goal of providing financial and other support for aspiring and existing entrepreneurs in the creation, development, expansion and sustainability of their MSME in Saint Lucia. The MSME Competency Centre was developed with technical support from the German Savings Banks Foundation for International Cooperation (SBFIC).

Uwe Pfeffer, Representative of SBFIC, who was present at the launch, said the key objectives of SBFIC were to improve access to financial services and to improve economic framework conditions. He said that MSME played an important role in boosting growth and was the backbone of all major economies but were hindered by a number of challenges as they depended largely on access to skills, knowledge and finance.

Pfeffer remarked, “We at SBFIC feel very proud to have provided the technical support to launch the MSME Competency Centre here in Saint Lucia. We remain optimistic that this will positively impact the lending landscape here for MSME in Saint Lucia, and thereby resulting in prosperous economic growth.”

He went on, “We gained valuable appreciation of the German MSME model and the eco-system that supported MSME to success at every step of the way.” Springer said that officers employed in the MSME Competency Centre had received first class training from experts flown in from Germany and Canada.

Bradley Felix, Minister for Commerce, Industry, Enterprise Development and Consumer Affairs, was present at the launch. During his address, he said it gave him great pleasure to celebrate the expansion of 1st National Bank’s portfolio of services.

“The launch of the MSME Competency Unit today is testament to the bank’s growth, innovation and leadership. Medium and small enterprises are very dear to our hearts. They are catalysts in providing much needed employment and economic activity.” Felix said, adding that 76 to 80 percent of businesses in Saint Lucia were MSME, and that they provided approximately 90 percent of jobs.

Felix continued, “Despite the critical role they play in creating jobs and fostering growth, most of them face impediments such as access to finance, lack of collateral as well as cumbersome regulations and high interest rates that inhibit their competitiveness.”

He proclaimed that he had heard the pleas of local entrepreneurs in relation to their lack of access to credit.

“I am indeed heartened that their cries did not fall on death ears, and that 1st National Bank has taken the grandiose step to assist in meeting their financing needs. We are pleased that 1st National Bank is a visionary financial institution to dedicate a unit to the MSME, whereby entrepreneurs in that sector can access packages tailored to their needs and risk level, because surely, one size does not fit all,” Felix said.

According to the Minister, he is confident that the MSME Competency Centre will impact the businesses and lives of entrepreneurs, as well as that of stakeholders in the Saint Lucia Manufacturing Association, Saint Lucia Industrial and Small Business Association and the Saint Lucia Coalition of Services Industry, among others.