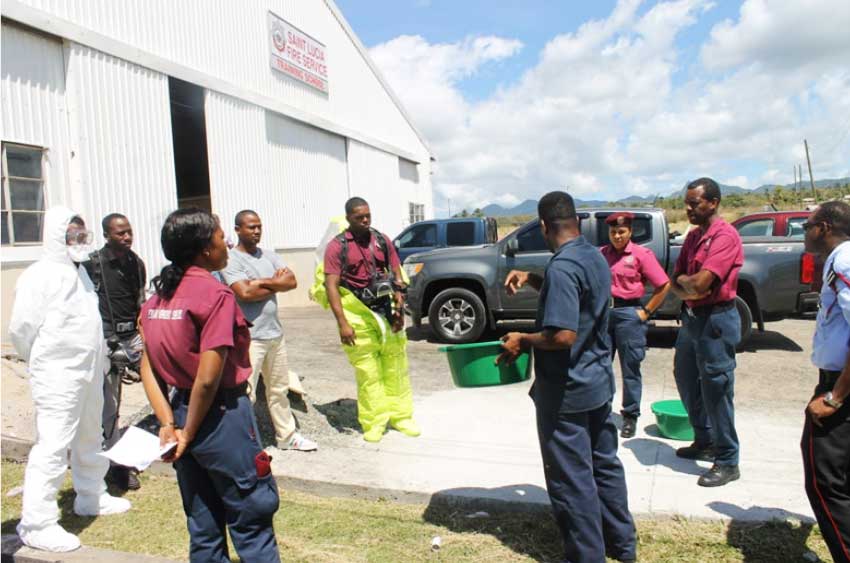 LIFE in Saint Lucia will not be the same at least within the next 30 days as the COVID-19 strain of the coronavirus, which continues to upend life across the globe, has caused a tightening of measures here, and cancellations, postponements, closures and rescheduling of almost every event in the country one of which is this year’s Estimates of Expenditure, popularly known as the budget.

Aside from the closure of schools and other educational institutions, hotels are now being closed, at least three of them and protocols are being put in place for funeral homes on how they handle the remains of persons infected with the virus.

And a decision on whether the country will go through with Carnival 2020 will be made anytime now.

With more and more people being quarantined government has decided to discourage mass crowd events of more than 50 persons, a casualty of that already being the cancellation of Saint Lucia Jazz 2020.

The tourism sector, as reported in last Tuesday’s VOICE Newspaper, is already taking a beating with flights originating from Europe being banned and cruise ships calls into ports along with all yachting and pleasure craft suspended for the next 30 days starting as of this week Monday.

So far, the Ministry of Health has activated three respiratory clinics at the Vieux Fort Wellness Center, the Dennery Hospital and the Gros Islet Polyclinic. And according to Prime Minister Allen Chastanet an additional two clinics will be activated in the coming days to be located at the La Clery Wellness Centre and the Soufriere Hospital. These clinics are intended to take care of persons who have respiratory infections.

The prime minister also said that a hotline will be operational by the end of this week using the “311” number where citizens will be able to get information on COVID-19.

“Mobile telephones will be made available from this week to physicians to provide medical advice via telephone consultation to persons with medical concerns with COVID-19. Further information will be provided during the course of this week,” the prime minister said during a nationwide address Monday night.

According to him the Government of Saint Lucia has reached out to friendly governments such as Taiwan, Cuba and India to provide technical support in a bid to strengthen our ability to manage this virus.

“Since the crisis began, there has been remarkable cooperation and collaboration at all levels of the society. I am thankful to the Leader of the Opposition and the Members of both houses of Parliament for their participation and support in our efforts.

“Our doctors, nurses and other health personnel, Air and Sea Ports personnel, firemen and women, the police have been going beyond the call of duty. They work longer hours than usual, sacrificing time away from family and loved ones. I have met many of them in recent days and my government remains committed to ensure that we do everything to support, protect and resource all our frontline professionals,” Prime Minister Chastanet said.

Meanwhile the professional body known as the Saint Lucia Medical and Dental Association released a statement in which it recommended to its members, physicians and dentists, to refrain from providing care to patients within their office spaces for a period of two weeks at least and instead utilize the various forms of telecommunication which are widely available for urgent consultations.

The Association said this was “in keeping with international guidelines and the need for social distancing, one of the key pillars of prevention in the management of the COVID-19 pandemic.”

“This course of action is being taken primarily to protect our patients and by extension our community and to ensure that urgent healthcare needs are addressed, while these seemingly extreme but absolutely necessary measures are implemented,” noted the Association.

Today has been designated a National Day of Prayer, as noted by Chastanet Monday Night during his address to the nation.

“In the coming days, we will announce a National Day of Prayer to call upon God’s mercy. Taking into consideration the protocol on social distancing, it will not be a physical gathering but we will ask for everyone’s participation,” the prime minister said.

A statement from his office on Tuesday said the National Day of Prayer main activity will be broadcast from 6:00 pm to 8:00pm today via the National Television Network (NTN), local stations and live streaming.

“All are invited to spend the day in reflection, prayer and virtual fellowship regardless of religion and to take some time for positive reflection, or to meditate, or spread hope, comfort and build solidarity,” was the parting message from the statement.

The Saint Lucia Bar Association has also announced the suspension of court proceedings noting that there will be no sittings of the civil, commercial and criminal courts this week, as Saint Lucia hunkers down to battle the COVID-19 pandemic.

Even the Saint Lucia Fire Department has gone into full battle gear against the virus as its first responders were seen wearing personal protective equipment, a policy now within the Department to do so.

Various groups and associations on the island are active in informing their members on how to avoid infection from the virus. The National Council on Public Consultation is one such group doing just that first holding a meeting with officials of the Ministry of Health over the past weekend.