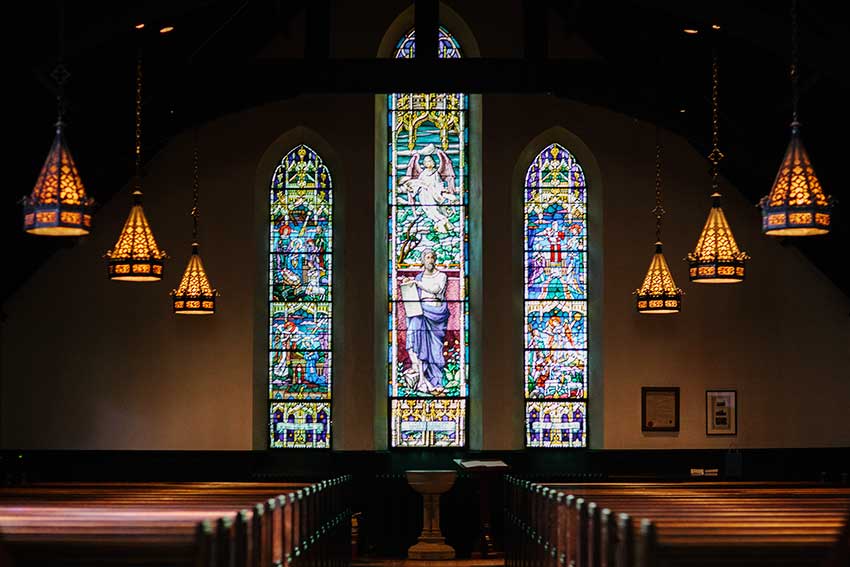 CHURCH services at two of Saint Lucia’s largest denominations in the country have been suspended as the country comes to grips with the stark reality of what the COVID-19 strain of the coronavirus could inflict on its population and economy.

The focus now is on preventing in-country transmission of the COVID-19, a task that will depend on a number of measures taken by the government and small decisions taken by the 180,000 citizens of Saint Lucia.

Saint Lucians’ adherence to the advice of the country’s health experts and that of the measures put in place by government, which could change within hours due to the fluid nature of the pandemic, are what may save this country from the nationwide spread of the virus.

With the Seventh Day Adventist and the Roman Catholic denominations in the country announcing the closure of their churches to avoid gatherings of 10 persons or more, as suggested by the authorities, the stage is already being set for Saint Lucians to stay at home.

The Seventh Day Adventist denomination closed the doors of its churches Wednesday night and is looking at April 4 to reopen them depending on the situation in the country at that time.

The Roman Catholic Church has gone a few steps further, Thursday stating that some of the things that are dear to it, in the practice of its faith, have had to be suspended or omitted temporarily in the interest of the common good and welfare of the nation.

Archbishop Robert Rivas said the Church had already implemented the first protocols initiated by the Ministry of Health a week ago and now has to take bigger and bolder steps to ensure that the vulnerable in society are protected, its members are cared for and the nation is kept safe.

The Church, after consultations with the Clergy of the Archdiocese and in collaboration with the Ministry of Health, government and other stakeholders, decided from this weekend and until further notice to suspend all public masses throughout the archdiocese.

“There will be no vigil masses on Saturday evenings and no Sunday masses in any parish. There will also be no weekday masses,” Archbishop Rivas said.

He encouraged church members to stay at home and to avoid gathering in groups for prayer and other religious activities.

“Social distancing is very important at this time. We are battling with a virus that is taking lives and crippling whole nations,” he said.

Regarding funerals the Church is requesting that only immediate family members should attend.

“We are discouraging assemblies of more than ten persons in any one place at any one time in our churches. This also includes weddings and baptisms. Regarding these sacraments wherever they could be put on hold at this time we should be united in our efforts at doing so,” Rivas said.

He added that all Lenten retreats, both for youth and adults, would be cancelled with immediate effect and that for Easter celebrations updates would be given regarding the Church’s decision on the celebrations.

“On Sundays apart from parish initiatives using the digital media, the Vicar General and I will celebrate mass using the media – television, radio and live-streaming,” Rivas said, noting that the Church will try to act responsibly towards its employees during this time of crisis.

“Right now, we have to find new ways of being Church using the digital milieu. As Shepherd and leader of the Catholic Community I encourage all Catholics to be united; to respect the changes that are necessary at this time; to cooperate at a parish level with instructions that are given. There is a war on against a deadly virus. Be good Christian soldiers in the battle. I am counting on you,” Rivas said.