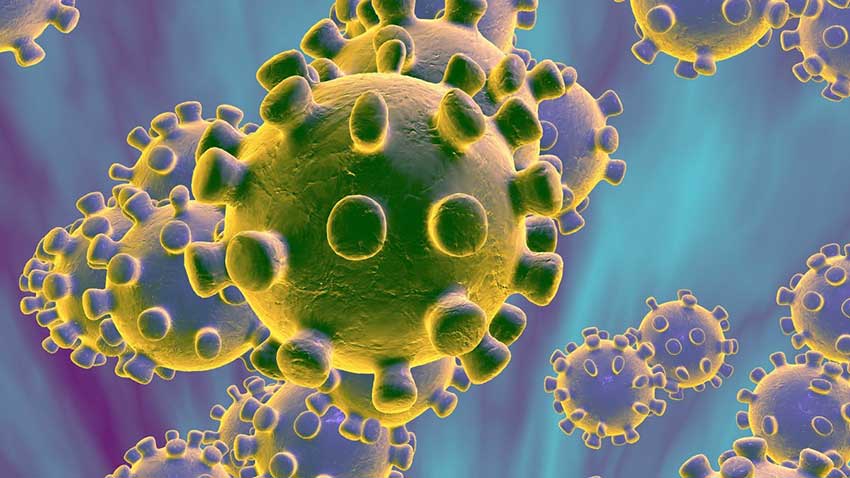 THIS week has been an eventful one for the Ministry of Health and Wellness in its fight to keep the Coronavirus out of Saint Lucia and stop misinformation about the virus from spreading.

However, despite the Ministry’s efforts, reports – albeit uncertified, had emanated from certain quarters that something was out of kilter pertaining to information about the virus and Saint Lucia’s efforts at keeping it away from its borders.

But such unconfirmed reports did not hinder the Ministry which has continued to update the country frequently about the virus and Saint Lucia’s preparedness via various media platforms.

“We can clearly say we do not have any cases or suspected cases of Coronavirus here in Saint Lucia,” Chief Medical Officer Dr Sharon Belmar George said Wednesday.

Her remarks were to quell rising public fear that a non-national who entered Saint Lucia via a yacht showed respiratory symptoms similar to symptoms of the dreaded virus.

Belmar-George lauded the restoration of Saint Lucia’s National Health Security Committee saying that it was through that Committee a sample from the non-national was able to be expedited to the Caribbean Public Health Agency (CARPHA) for testing, the result being negative.

The anxiety level of Saint Lucians was at an all-time high as news of the non-national – a Russian, spread particularly when he was seen being wheeled out of Victoria Hospital accompanied by three persons fully clothed in decontamination suits. A video of that scene went viral.

“It was a little bit of an anxiety for us,” Belmar-George said, adding that “we were quite elated,” when the test turned out to be negative.

However, the anxiety level among Saint Lucians has not entirely disappeared as many have taken to Facebook and other media outlets questioning how the Russian national arrived at Victoria Hospital.

Was he taken there by medical personnel straight from the yacht he arrived on, or did he arrive at the hospital some other way?

Thus far, the Ministry of Health has not been forthcoming with answers to these questions. And although the Ministry seems to be on top of the situation as it pertains to executing the necessary preventative measures, a word of caution has been sounded by the Saint Lucia Medical and Dental Association, which believes that more could have been done to ease the anxiety that surfaced in the country.

President of the Association Dr Merle Clarke, in a press statement noted that more vigilance is needed at the country’s ports. Referencing the Russian whom she said had a travel history that perhaps was missed, Clarke lauded the Ministry for following the necessary protocols once the Russian was flagged as showing symptoms of the virus.

Meanwhile Health Minister Mary Isaac has spoken out on Saint Lucia’s preparedness in preventing the virus from entering its borders.

“The Department of Health and Wellness is proceeding with the necessary vigilance and preparation to reduce the possible impact on our population. Corona viruses cause illness ranging from the common cold to more severe diseases such as Middle East Respiratory Syndrome (MERS-CoV) and Severe Acute Respiratory Syndrome (SARS-nCoV). The signs of infection include respiratory symptoms, fever, cough, shortness of breath and difficulty breathing. In the severe cases of the disease, pneumonia may develop severe respiratory syndrome and death. This new strain has not been previously identified in humans,” Isaac said in an address on the new strain of the virus that is causing worldwide concern.

She said the Department of Health and Wellness had taken measures to restrict the possible entry of the virus into Saint Lucia.

“The government of Saint Lucia has decided that they will not allow any non-national with a travel history within the last 14 days from Mainland China, (whether in- transit or originating), to enter any local port from Tuesday, February 4, 2020. Any national returning to Saint Lucia with similar travel history, will be quarantined for 14 days,” Isaac asserted.

She said the Department of Health and Wellness updated its existing Influenza Preparedness Plans through the education and sensitization of health workers, non- health stakeholders and the general public; the enhancement of the Port Health Services; active surveillance at high risk institutions (ports of entry, hotels); prompt recognition strategies– high index of surveillance for travellers with recent history or visits to China and other affected countries.

The update also includes ensuring the isolation of ill cases in designated hospital isolation room/ward; establishing diagnostic capacity through the CARPHA; facilitating contact tracing and quarantine of suspected cases and the promotion of general hygiene measures and infection control for border agencies, health care personnel and the general public.

Meanwhile Saint Lucians are called to continue practicing the standard recommendations to prevent the spread of infection, such as: regular hand washing with soap and water or alcohol based hand sanitizer when soap and water are not available; covering mouth and nose with disposable tissues or clothing when coughing and sneezing; avoiding close contact with anyone showing symptoms of respiratory illness such as coughing and sneezing and to seek medical attention and to share one’s travel history with his/her health care provider if symptoms are suggestive of respiratory illness either during or after travel.

And recently emergency medical technicians (EMT’s) and fire responders around the island were granted the opportunity to strengthen their capacity on ways to effectively control the spread of the Coronavirus through a sensitization workshop.

The idea was to ensure that the EMT’s and fire responders take the necessary precautionary measures in the event of a possible case of the virus.

“The Ministry of Health must have collaboration with key stakeholders including the Fire Service and for this reason we are here conducting this sensitization training with the firemen. As we know they are on the front line when there is a call to pick up a patient with certain symptoms and may very well be asked to pick up someone with a respiratory illness and a fever and so we have to let them know the precautionary measures, the signs and symptoms of the condition and how they can protect themselves, their family and the nation as a whole,” said Medical Officer of Health Dr. Glensford Joseph.