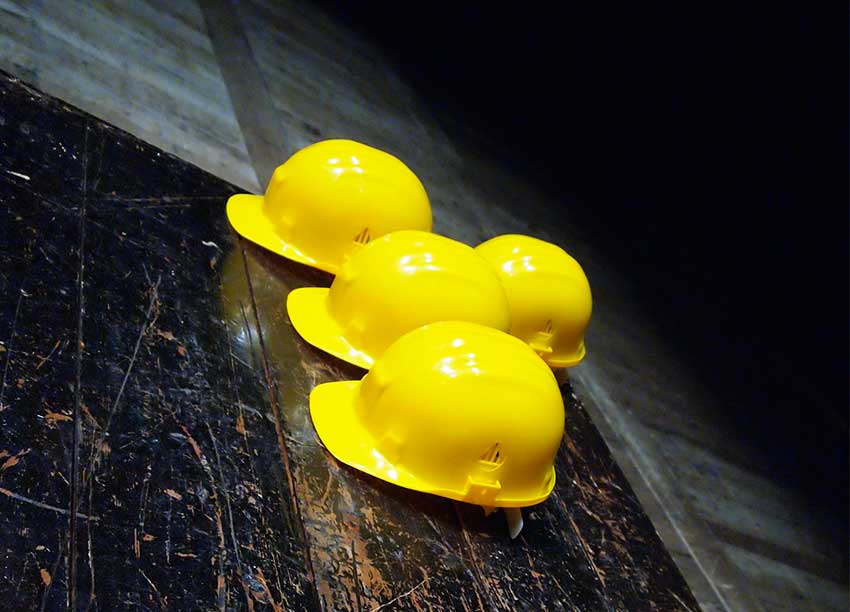 WAS LACK OF TECHNICAL EXPERTISE IN GOVERNMENT RESPONSIBLE?

CONSTRUCTION work at the Dennery Polyclinic has stopped and will resume anytime soon. But what caused the work stoppage in the first place?

The answer is an embarrassment to the various ministries of government who had a hand in approving plans leading to the start of construction.

It all started with a sod-turning ceremony to which several persons were invited, including government ministers with Economic Development Minister Guy Joseph, at the time, challenging contractors to deliver the project in a timely manner.

“We had 18 months at the time to complete the Dennery Polyclinic. You would know that the project had to be stopped less than three months [into its construction],” Joseph said two weeks ago.

According to Joseph when he entered the Ministry for Economic Development, he found an approved plan for the Dennery Polyclinic.

Said Joseph, “I went to the Planning Department, I said can we review what is there so we can be sure what we are doing. I was told if you do so that can be considered political interference. That is a World Bank funded project, politicians do not get involved in this. I said ok we can proceed. It went out to tender, contracts were awarded. All the local agencies signed up on the projects: Ministry of Health, Department of Economic Planning and the DCA (Development Control Authority). The project was approved. As soon as construction began – and this is one of the highest priced components of DVRP, contractors mobilized on the ground began work, we found so many design flaws with that particular design that the project had to be stopped to go back to the drawing board.”

How could those flaws not have been detected by the DCA and the technical personnel at the various ministries who were engaged in the project’s design and planning?

Permanent Secretary in the Department of Economic Development, Claudius Emmanuel provided this response:

“I think what we perhaps would have seen there is the level of technical deficiency that probably resides in the DCA, because it requires a significant amount of technical oversight to be able to assess what is before you and as an organization, you may not always have residing at that level the requisite capability to be able to assess,” Emmanuel said.

He provided another option for why the flaws in the design of the polyclinic were not picked up by the technical people working on the project by saying, “it could also be the case, at the level of review of the drawings before they actually got to the DCA, [where] they may have fallen short as well. There could have been a number of reasons,” Emmanuel theorized.

The new designs for the Dennery Polyclinic are presently being reviewed by the World Bank and according to Emmanuel, his Department is poised to resume work as soon as that review is completed. Emmanuel noted that hospitals and health care facilities are specialized facilities and do not follow the same protocols as that of any other building to be constructed. Further, that the government technocrats should have learned after the process and what happened in respect to the OKEU Hospital construction.

“We need to learn from what happens in our country. When it came to building the OKEU, if you look at the persons who qualified to tender on the OKEU designs, when it came to the DCA for approval we did not have the local capacity to review internally and make a determination as to whether the designs met all of the requirements of a hospital. So, the consultants who designed the hospital signed off on an agreement to give a guarantee that their designs met the requirements and that if there were any effects in their designs, they would be accountable, they could be held liable. That is how certain they were about their designs, about what they had presented,” Emmanuel said.

He added, “We went through the same process that was utilized for the OKEU Hospital in that the design consultant gave a warranty on his design backed up by the British company who did the architectural design also giving a letter… I am happy that the DCA, recognizing that, accepted the warranty given by world renowned persons in hospital designs and construction.”

Joseph noted that his Ministry did not have that benefit with the Dennery Policlinic and that the technical people at the Ministry of Health today are not the same that were there yesterday.

“The person who designed the Dennery Polyclinic, when he was called to give an explanation of his design, what he was charging us… it was cheaper to go and buy, pay to design a new facility than to engage him to explain what he had done. And that is what happens when time elapses between when a project should happen and why it should happen. So, these are the challenges that we face. We understand our limitations in government and as a country and use the best expertise available to us so that we can avoid repeating these same mistakes in the future,” Joseph said.