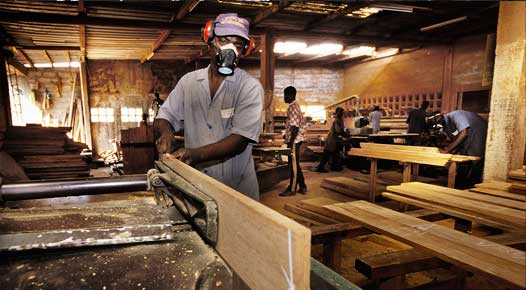 MANY Saint Lucians may be unaware of the January 1, 2020 implementation of Article 164 of the Revised Treaty of Chaguaramas which established the Caribbean Community, including CARICOM’s Single Market and Economy (CSME).

But for local manufacturers, that day was significant to the point where the executive and members of the Saint Lucia Manufacturers Association thanked the Government of Saint Lucia, for working with its members and CARICOM on the Article’s implementation.

“What Article 164 does is to provide a wall of protection to producers from local and Less Developed Countries (LDCs) of CARICOM of a particular set of goods, as specified by Statutory Instrument, against competing products or substitutes from the More Developed Countries (MDCs) of CARICOM in the first instance, and secondly from similar products from the rest of the world or outside the region,” said Dr Thomas Samuel, Director of International Trade in the Ministry of Commerce and International trade.

According to Samuel, the Revised Treaty of Chaguaramas recognizes that the countries that make up the region are not all at the same stage of development in terms of their private sector, infrastructure, manufacturing, etc. and that some countries have distinct advantages that would cause the benefits of regional integration to accrue disproportionately across the islands.

He noted that to deal with such unreasonableness some arrangement had to be in place to ensure a fairer and better distribution of the benefits of regional trade.

Samuel believes that tariff protection alone will not provide the sort of competitive advantage the Ministry would want to see locally manufactured products enjoy.

“So, what is needed is additional support which includes helping producers reach the standards needed to enter the regional market,” Samuel said.

The St Lucia Manufacturers Association is of the same view and believes that its quest for excellence and the opportunity given to its members will provide them with the continued drive to compete worldwide thus helping members remain significant players in the growth of the GDP of Saint Lucia.

The Manufacturers Association also welcomes the opportunity to increase business activities both in Saint Lucia and via export of goods worldwide which will contribute positively to the Saint Lucian economy.

“The recent support from the Government of Saint Lucia where VAT was deferred to be paid at the point of sale rather than at the point of entry has also assisted Saint Lucian manufacturers with better cash flow management and purchasing power to benefit from bulk purchase which can be filtered to better quality of service to the consumers,” noted the Association in a recent press release.

Executive Director of the Saint Lucia Manufacturers Association Paula James said Article 164 will assist the Association’s members who produce the 17 items covered under the regime (Article 164) in continuing to enhance their businesses to increase their market share while maintaining and increasing the employment of Saint Lucians.

The implementation of Article 164 is CARICOM-wide to enable the growth and development of the Less Developed Countries of CARICOM.

The Revised Treaty of Chaguaramas described Article 164 as a regime which seeks to promote industrial development among the LDCs of CARICOM. Under this regime, which was first introduced by a decision of the 21st Meeting of the Council for Trade and Economic Development (COTED) in 2006, CARICOM LDCs, including Saint Lucia may, if necessary, as a temporary measure, suspend community origin treatment on imports of a specified list of goods imported from the MDCs of CARICOM and from third countries.

This is the third edition of Article 164 which covers four more items that were not part of the second edition. It also does not cover all products manufactured in the manufacturing sector.

The regime covers 14 products across 39 tariff lines and provides tariff protection to most of the products on the list for a period of 10 years and a period of five years for two products namely curry powder and pasta. The other products include wheat or meslin flour, aerated waters and beverages, malt, beer, stout, prepared and complete animal feed, industrial gases like oxygen and carbon dioxide, acetylene, candles of paraffin wax, solar water heaters for domestic use and paint and varnishes.

Furniture was supposed to have been on the list however, according to the Ministry, Saint Lucia will be reserving on its implementation of furniture until further notice.