Press Release — Prime Minister Honourable Allen Chastanet met with the British Prime Minister Boris Johnson who was in Saint Lucia for a short layover on December 26th, 2019. Prime Minster Johnson landed on a British Airways flight at Hewannora International Airport where PM Chastanet greeted him on the tarmac. 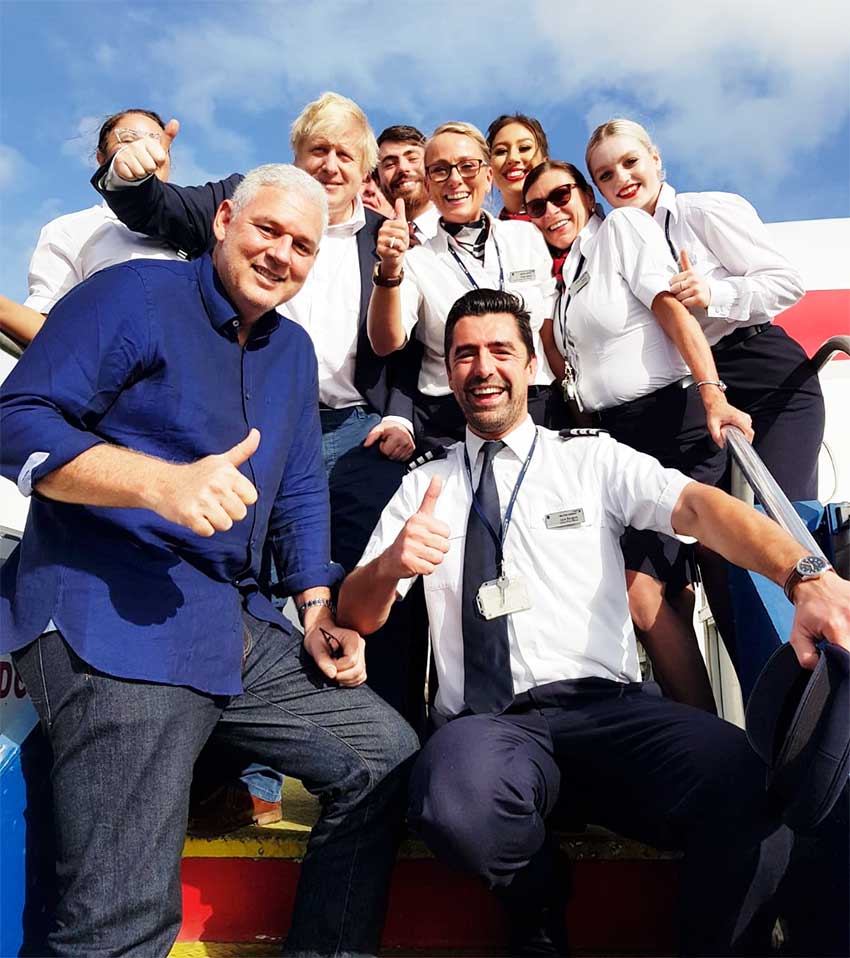 Prime Minister Chastanet took the time to thank the British Prime Minister for his country’s continued support to Saint Lucia and the region. He also congratulated PM Johnson on his hard won well-deserved victory in the recent UK elections.

“We look forward to working more closely together on our countries’ shared mutual interests. I want to thank British Airways and their staff for their continuous support to our destination and of course for flying Boris into Saint Lucia today. We look forward to welcoming him for a longer stay very very soon!” said Prime Minister Allen Chastanet.