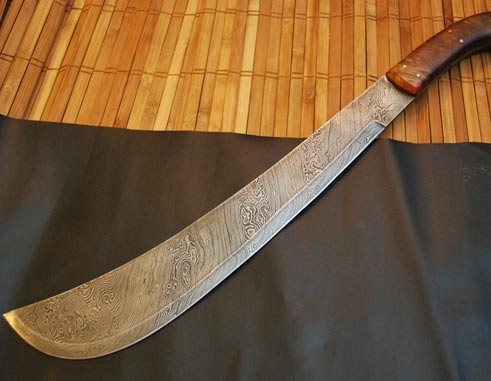 A man, who was in the act of attacking another man with a cutlass on Sunday, was shot in his right leg by an off-duty police officer who present at the time. The incident took place at approximately 3:50 p.m. in Riviere Mitan. The cutlass attack was preceded by an altercation between the two men. Video clips revealing the aftermath of the incident have been making the rounds on social media. Both men are currently undergoing medical treatment at Victoria Hospital.

In relation to the off-duty police officer who was present at the scene of the altercation, George Nicholas, Superintendent of Police with Responsibility for Territorial Policing, stated, “At the time the police officer who was involved felt that it was necessary for him to discharge his firearm and he did so.” Nicholas further stated that licensed firearm holders had the right to defend themselves, property, and the lives of others when they encounter situations which pose a threat to life and property.

Regardless of the police officer’s justification for discharging a firearm in the aforementioned circumstance, Nicholas stated, “Anytime there is a police shooting there is an internal investigation being carried out and that investigation has been launched into that matter.”

It is not clear who recorded the aftermath of the incident and some have speculated that it might have been by the off-duty police officer involved. In reference to this Nicholas remarked, “I cannot comment on the recording too much as to who did the recording. But that is something we would condemn especially if it was done by an officer. We would definitely condemn that kind of behaviour; we will not tolerate that behaviour.” Nicholas stated further, “As a police officer, one of your primary responsibilities is to safeguard life and if you’re in a situation where persons have been injured the priority should be to seek medical attention for those persons, and that should be your number one priority and nothing else.”

There have been at least two cutlass attacks in the month of December. The December 25th attack resulted in the death of one man and the 13th December attack resulted in various injuries including the loss of a limb. Nicholas said that there has been a high frequency of cases in which police have found persons carrying cutlasses, knives and scissors during regular patrols. Nicholas said that persons found in possession of such devices and unable to give satisfactory accounts for their possession will be brought before the court.