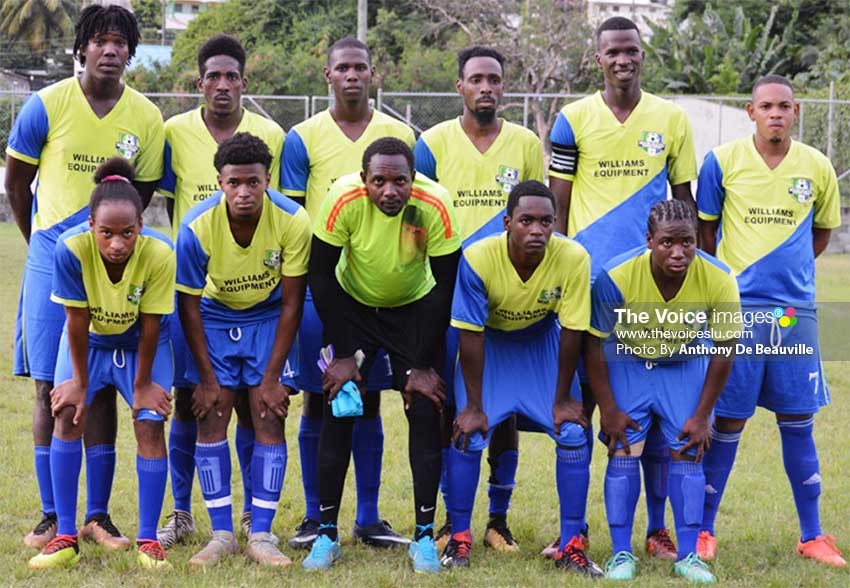 TWO games are on the cards in the Saint Lucia Football Association (SLFA) Inc., National Lotteries Authority (NLA) sponsored Island Cup at the Marchand Grounds today (Saturday 26th) October 2019. As much as both matches are important, all eyes will be on the evening’s opener between the 2019 Blackheart champions Vieux Fort South (VFS) and the SLFA Island Cup defending champions, Marchand.

The showpiece dubbed a “Grudge Match” by football supporters is scheduled to kick off from 6.00 p.m. The boys from the south will be going all out to prove their worth following their shocking defeat at the hands of Gros Islet last weekend at the Marchand Grounds. But this encounter goes deeper than losing to Gros Islet.

The VOICE spoke to Emmanuel Belase, Head Coach for Vieux Fort South about the team’s preparation and his expectations for this all important encounter.

“No expectations, I just deal with the match on the day,” he said. “The approach is always on the day, defending champions or not, and we never underestimate any team.”

“We continue to train as normal,” he added. “We don’t get the players as we would like to on a regular basis but we do what we have to do. We don’t get carried away by our Blackheart exploits; we know the nature of football.”

Responding to the question of injuries within the VFS camp, he said, “Yes, there are a lot, but we will wait to see what happens before match time. If we win Vieux Fort wins, if we lose Vieux Fort loses, regardless of who is on the field.”

Defeat at the Blackheart Knockout tournament at the hands of VFS 2 – 1 is still very fresh on the minds of the players and the diehard supporters,” he noted. “Marchand will relish their chances at home to come out with a win despite still having some key players on the injured list.”

He continued, “Make no mistake about it, it is definitely a grudge match of epic proportions as many believe that VFS escaped with a 2-1 win having had a brilliant first 15 minutes, but losing on the possession for the rest of the match.”

“However, with the likes of J’nai Lesmond, Kimani Cherubin and the resurgence of Bobby Constantine, all led by the formidable Lincoln Phillip, Marchand will come out on top today at home.”

In the evening’s second encounter at 8.00 p.m. Central Castries will look to redeem themselves when they take on a strong Gros Islet team led by Nicholas Lawerence.

Meanwhile, the points standing in the NLA sponsored SLFA Inc. Island Cup are as follows: