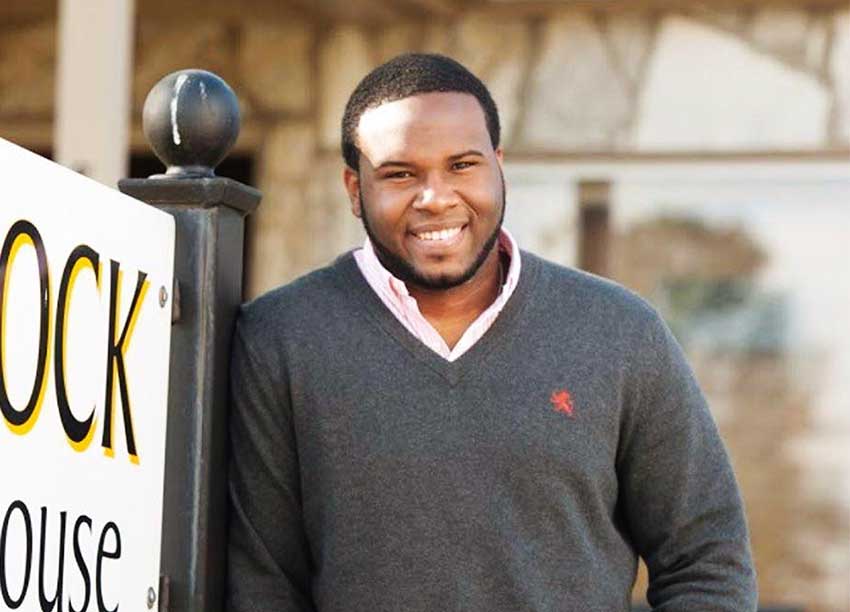 AMBER Guyger has been sentenced to 10 years in prison for the murder of Botham Shem Jean.

The judgement was made on day two of the sentencing phase, and was on the lower end of the 5-99 year range which was being considered by jurors in the case.

Though most of Botham’s family members seemed calm as they walked out of the courtroom after the sentence was handed down, his sister Alissa was seen crying with her head in her hands as the courtroom emptied following Amber Guyger being escorted out into police custody.

“This is not a joke, this is our lives,” one woman yelled. “We’re talking about something we have to worry about for the rest of our lives. We have to stand together…. People get 30 or 40 years for drugs.”

The highlight of the day’s trial had been a rueful testimony from Bertrum Jean, father of Botham Jean who was killed by Guyger while eating ice cream in his apartment last September.

Guyger’s murder charge was handed down to her by Judge Tammy Kemp on Tuesday, October 1.

Also giving testimony yesterday in the sentencing phase of the Guyger murder trial was Botham’s best friend Alexis Stossel who spoke of the good times herself, her husband and Jean had and how she broke down in tears after getting the call that he was fatally shot.

Stossel cried and smiled at times during her testimony, recounting the events and activities she and Jean engaged in during the time the two spent together.

Botham’s father Bertrum broke down in tears shortly after he began his testimony. He gave the courtroom a glimpse of how he took care of his son from a baby during the time his wife (Botham Jean’s mother) was studying at university.

Bertrum spoke of the intimate telephone talks he had with his son on Sundays, how he taught his son to cook and the connection they’d shared.

“I’m still not ready for it. It hurts me that he is not there,” he said during his testimony.

“How could we have lost Botham, such a sweet boy? He tried his best to live a good, honest life. He loved God. He loved everyone. How could this have happened to him?” Bertrum asked.

Jurors were seen dabbing their eyes during Bertrum’s testimony. The pool of eight women and four men, the same who Tuesday convicted Guyger of murder, were still hearing contributions from people who knew Jean best during his time in Dallas, Texas late Wednesday afternoon.

The guilty verdict, given on day eight of the trial, stunned many in Texas and around the globe due to the perception related to the unlikelihood of a white police officer getting that kind of verdict for killing a person of colour, particularly a black man.

The minute the verdict came out, everyone knew – the trial was being carried live via a Youtube stream and at any given time anywhere between 30,000 to 40,000 people were watching. Even when the jury went out to lunch, people stayed tuned to the commentary to find out what would happen next.

According to reports, Guyger was off duty but still in uniform when she went into Jean’s apartment at South Side Flats. Her side of the story was always that she believed she had walked into her own apartment, and that she shot Botham because she thought he was an intruder.

It took the jury over 15 hours to render the guilty verdict. Their decision was unanimous.

Many people were surprised by how quickly the decision came back.

“They must have thought that she had options other than going through the door, pulling out her gun and shooting him,” said a commentator during the live stream on Tuesday. “Her training may have hurt her in the situation; she’s not a regular person. She has practiced this situation, been drilled on how to deal with intruders… maybe the jury wasn’t giving her the benefit of the doubt they would have given you or me in the situation.”

Commentators questioned the mistakes of Amber’s team of well-respected attorneys, saying that the case came down to her testimony, where she “didn’t hit a home run” by being more descriptive, and in their words, doing a better job of putting the jury in her shoes to allow them to view things from her perspective as a trained police officer.

Inside the courtroom there were tears of joy and spirited hugs shared between Botham’s family members, some of whom had flown in a week before for the trial. Amber on the other hand was reduced to tears.

Media correspondent Rebecca Lopez in her live report said hundreds of press from all over the country filled the courthouse, all waiting for Botham’s family and lawyers to come out of the courtroom. There were reports that Botham’s mother Allison Jean threw up her arms when the verdict was announced, and that cheers rung out in the court room from supporters, before their outburst was silenced by the judge. After the verdict was revealed, it was pure chaos outside the courtroom, and even the security and fire marshals had a hard time trying to clear media out of the area where it was hoped that the family would come out to talk.

Supporters waved a Saint Lucian flag outside the courtroom where there was a mixture of emotions felt by all. In tears but still joyful, a woman who went by the name of Bridget, a community member who had been watching the trial shared with media her thoughts on the verdict:

“I immediately said thank you Lord; we had been praying for justice for Botham…” She was shaking with emotion as she spoke. “It’s been very emotional and nerve wrecking. I could barely sleep thinking about and wondering what the jury was going to decide.”

When asked whether she’d had any doubts Guyger would be found guilty Bridget commented: “We were unsure because they had several options they could choose from, Manslaughter, Murder, or Not Guilty, and you just never know where the jury will go with things.”

A statement from Botham’s lawyers was also released on October 1, 2019 after the verdict was announced:

“Nothing will bring Botham back, but today his family has found some measure of justice. What happened on September 6th is clear to everyone. The officer saw a black man and shot without reason, and without justification.”

Though he made it clear that he could not presume to speak for the family, Community Activist Dominique Alexander speaking to the media expressed, “I know I speak for my community which has labored, marched the streets and sacrificed so much with this movement… to the Dallas 9, to all the people here, I want to say thank you. Because of your sacrifice this family is able to see some kind of justice in Dallas Texas. I am so grateful to God that we see a guilty verdict.”

The family’s lawyers spoke live to the media between the verdict and sentencing phases. Civil Rights Attorney Lee Merritt who spoke first thanked the community for their support, the people of Dallas County, and the jury. In his words, “This is a huge victory not only for the family of Botham, but for black people in America. It’s a signal that the tide is going to change here; police officers are going to begin to be held accountable for their actions, and we believe this is going to change policing culture all over the world. It’s a sad reality that this community waited on pins and needles to decide whether or not someone could be held guilty for killing an unarmed black man in his home while eating ice cream. This should have been automatic; this should have been anticipated and expected but it is extremely rare. From this day forward we are leading the way, we are pushing so that it is not rare, and that justice continues to roll down like water, and righteousness like a mighty stream.”

For his part, Attorney Ben Crump said the verdict was truly historic. “Botham Jean was a near perfect person of colour, so this jury had to make history in America today because Botham was the best we have,” he said. “A 26-year-old college educated black man, certified public accountant, working for one of the big 3 accounting firms in the world, PricewaterhouseCoopers; it shouldn’t take all of that for black and brown people in America to get justice. This is a precedent now that will go across America for equal justice in America.”

Lawyers for the family made sure to relay the family’s belief in Christ Jesus, and their rock solid faith.

In that light Botham’s pastor expressed, “Thank you to the jurors for being willing to make that tough decision, and to the prosecutors for the excellent job they did… this also lets us know that the God we serve is still on time. God is still in control.”

Perhaps the most unexpected part of the trial came following the sentence, during the Victim Impact Statements, when Botham’s younger brother Brandt spoke directly to Amber who was still in the courtroom saying, “If you truly are sorry, I know I can speak for myself, I forgive you. I know if you go to God to ask him, He will forgive you… I love you just like anyone else. I’m not going to say I hope you rot and die just like my brother did, but I personally want the best for you. I wasn’t going to say this in front of my family or anyone, but I don’t even want you to go to jail. I want the best for you because I know that’s exactly what Botham would want, and the best would be to give your life to Christ. I’m not going to say anything else, I think giving your life to Christ would be the best thing Botham would want you to do. I love you as a person, and I don’t wish anything bad on you.”

Then the most memorable moment some had ever witnessed in a courtroom.

“I don’t know if this is possible, but can I give her a hug please?” Brandt asked the judge.

It was truly a finish to the trial that had not been anticipated, and the judge granted his request. Amber literally ran into his arms, and the two embraced several times, while Amber sobbed audibly. Even the judge appeared to be giving Amber a motivational lift afterward speaking to her for several minutes, then handing her a bible. Commentators agreed it was something they’d never seen before, and a gesture of forgiveness that would help start the healing process for both sides.