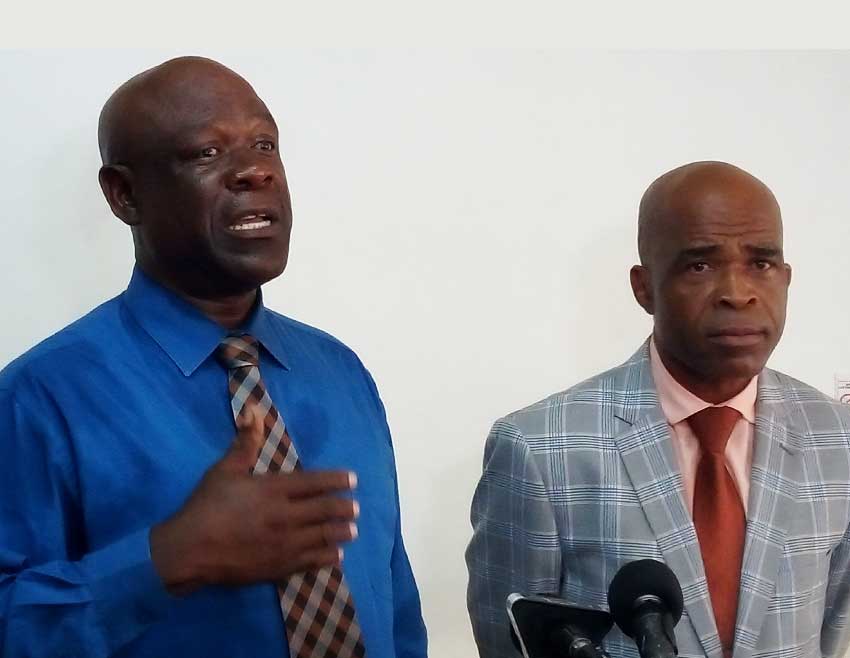 The Pentecostal Assembly of the West Indies (PAWI) says it is firmly opposed to an LGBT Pride Celebration and Pride March which they said were scheduled for August 23rd – 26th 2019.

However such an event will not take place here as noted by persons connected to the LGBT community.

It all seems to be a big misunderstanding however, the PAWI, believing that such a celebration by the LGBT community will take place held a press conference to outline its objections.

This widely discussed Pride Celebration was alleged to have been organized by what is termed as the “Saint Lucia Pride Committee” in association with United and Strong Inc. After several attempts to get in touch with United and Strong Inc., the VOICE was informed by a representative of the organisation that there was not going to be any LGBT Pride March. The representative stated that reports of a march were falsely reported due to a misinterpretation of information which was posted on the organisation’s Facebook page.

Unaware of this, Bishop Thomas Eristhee and Reverend Lazarus Eugene, Tuesday explained the bible’s condemnation of the lifestyle of the LGBT Community. “This whole thing is devilish,” Bishop Thomas proclaimed.

The Clergymen also made bold claims that homosexuals were not in the capacity to teach a child the difference between right and wrong, suggesting that homosexual teachers would be more disposed to teach their practices to children instead of the school curriculum. In regards to the members of the gay community, Eristhee remarked, “They want to teach your children what is right and what is wrong; that cannot be correct. They are saying ‘I want the permission to influence your children, to be in your school, to do the curriculum, to teach your children.” Eristhee went on to ask, “What are you going to teach them? You will teach them what you practice.”

Whether the Pride Celebration will or will not take place, PAWI has made their position clear on the subject. The Bishop and the Reverend announced that the Pentecostal Assembly will be hosting church rallies at the Victory Pentecostal Church in Vieux Fort on August 17th and at Odsan Pentecostal Church on August 19th, the supposed weekend before the alleged LGBT Pride Match. The objective of their rallies is to educate people about the LGBT Community, the ‘dangers of their lifestyle’, and of ‘how dangerous it could be to a nation.’

In voicing his concerns about the LGBT Community, Eugene stated, “They are trying to re-educate our children and it will affect us long term. The pillar of community, society and family will be destroyed; that’s what they are trying to do… this is the agenda.”

When asked how far he would go to ensure that government does not give recognition to the LGBT Community by way of legislation, the Bishop replied, “I hope the Government would not do that at all –however, I have my weapons, and you know you put your weapons out when its time for battle.”