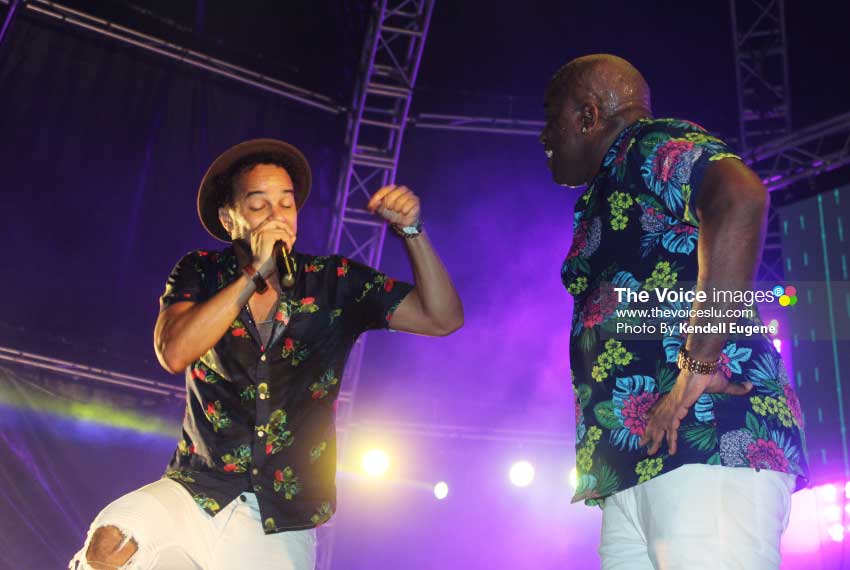 Ever since opting to forgo competition to place a higher focus on presenting Saint Lucia with a noteworthy Carnival product, T.J. has been giving carnival enthusiasts the perfect excuse for waddling into the office, barely awake on a Friday morning.

The Pigeon Island National Landmark saw droves of people clad in white, brave the inclement weather to bear witness and be a part of another memorable experience on the Saint Lucia Carnival calendar – U4RiA 7.

Since the start of his first full concert inside the Gaiety on Rodney Bay, Saint Lucia’s preeminent Soca artiste – internationally acclaimed Teddyson John has been known to be accompanied by a star-studded cast of local and regional performers and Thursday’s concert appeared more fortified than previous years.

Starting a little after 9:00p.m., regional heavy hitting names such as Blaxx, Erphaan Alvez, Lyrical, Voice, V’ghn (Vaughn) and KES (who created quite a ruckus when he was announced) combined their energies with our hit makers Ricky T, Shemmy J and of course the man of the moment Teddyson John, to give a high-energy show under the cloudy Gros Islet sky.

The threat of torrential rain obviously made no difference to the audience as they enjoyed the captivating performances, flashing lights, and the evident promotion of love, passion, and Caribbean unity; a statement which has been a staple in U4RiAland from its inception.

“I’m so happy a dream turned into what it did last night. It was a speechless night,” said the multi-Groovy Monarch of Saint Lucia. “For me seeing everybody there, the love we received knowing that the weather was not the best, I am forever grateful to everyone who came out last night.”

According to manager Dahlia Guard who also expressed gratitude to the patrons for the overwhelming support showed to T.J., “next year is already in the works and patrons can expect more than just a concert for U8.” While keeping the masterplan a secret, she did confirm that the team is planning on venturing into parts of carnival that has been untapped – prompting us to think that U8 is going to be great!