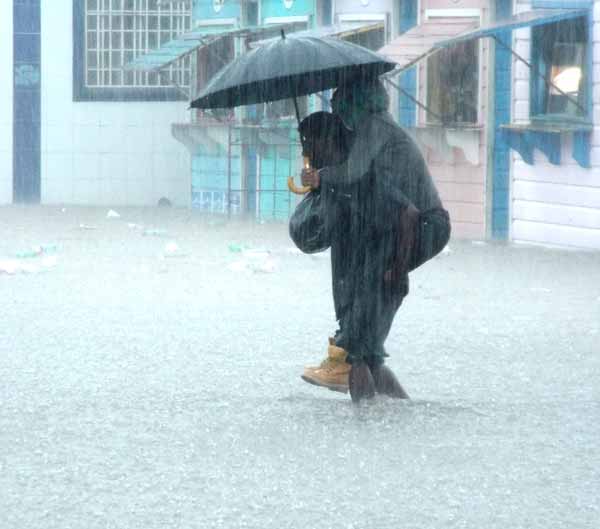 Saint Lucians were given an early reminder on Thursday 30th May that the 2019 hurricane Season was mere hours away as some part of the island experienced moderate to heavy showers for most of the afternoon into the evening.

The 6.00 p.m. weather report on Thursday 30th May, from the Hewanorra International Met Office made mention of moist and unstable conditions in the atmosphere over the Eastern Caribbean region which were expected to produce some scattered showers during the forecast period.

On Friday 31st, at 6.00 a.m. the eve of the Hurricane Season, news reports indicated that a trough system would continue to produce showers and isolated thunder storms over the Eastern Caribbean.

Meanwhile, Andrea, the first named storm of the 2019 Atlantic season, formed on Monday 20th May with maximum sustained winds of 40 mph, 300 miles west-southwest of Bermuda.

At least five of these are predicted to become hurricanes for this year.

Like previous years, the National Emergency Management Organization (NEMO) has been reminding citizens to start preparing for the 2019 Hurricane Season.

It must also be noted that the 2017 Atlantic hurricane season was also hyperactive and catastrophic with damages amounting to at least $294.67 billion (USD), the most costly tropical cyclone season on record. With over 3,350 deaths, 2017 was the deadliest season since 2005 and also featured the highest total Accumulated Cyclone Energy (ACE) since the same year.

The northern Caribbean was not spared as they felt the wrath of Hurricanes Irma and Maria.