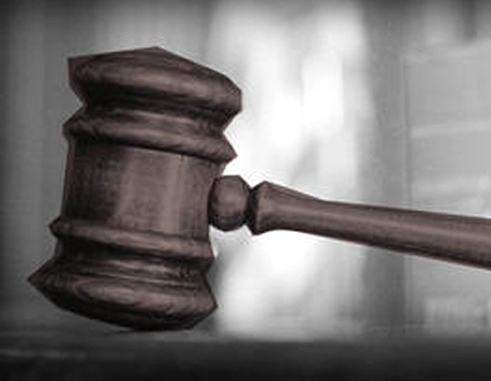 A civil court hearing into the shooting death of a Babonneau man by two police officers back in 2013 has finally ended, with the Estate of the deceased being awarded $14, 838.98 with an interest rate of six percent per annum from the date of judgement to the date of payment.

The verdict, which was released last week by High Court Judge Kimberly Cenac-Phulgence, has upset attorney and civil rights advocate, Mary Francis who represented the Estate of deceased in the person of Sophia Louisy, Administratrix of the Estate of her son, Mandy Louisy, who was killed. Francis pointed out that the sum was too low.

Louisy died on 9th August 2013. The Attorney General was sued since he was the legal representative of the Crown, as the police officers involved in the matter were acting as servants or agents of the Crown at the time of the incident.

According to court papers Ms. Louisy claimed that the death of her son was caused by trespass to his person and/or the unlawful, wrongful, negligent and/or reckless acts of PC 448 Ternis Mc Vane and PC 233 Ain Polius. But a jury in the inquest that followed shortly after the incident found that the killing was lawful. Both police officers are still members of the Royal Saint Lucia Police Force.

However, the verdict in the civil case brought against the police officer, which ended last week when the judgement was delivered, went against them.

According to court documents, Louisy’s mother claimed that on the morning of August 9th, 2013 she was told that her son had been shot by police and was in critical condition at hospital. Her case was that on the day in question, in the early hours of the morning between midnight and 12:30 a.m., Mandy was walking on the road in Chassin, Babonneau when he was stopped by PC Mc Vane and PC Polius for no reason.

The two officers demanded that Mandy remove his hands from his pockets. In the process, Mandy was hit several times with a baton by the police. Trying to get away from the officers dealing blows about his body, Mandy attempted to move into a nearby potato patch below the level of the road when he was shot at close range in the chest by PC Mc Vane causing him to fall into the drain below the road. Mandy was taken to the Victoria Hospital where he succumbed to his injures later that same morning.

The court papers note that the particulars of negligence and/or recklessness as alleged and pleaded were as follows: ‘Pursuing Mandy without any reasonable cause; Using excessive force in carrying out duties; Shooting Mandy without any good cause; Failing to take other reasonable steps to apprehend Mandy and (the officers) failing to conduct themselves as proper officers.

Meanwhile the Crown, in its defense claimed that the police lawfully executed their duties when they approached Mandy and asked him to show his hands. They alleged that Mandy attacked them with a knife and that in an attempt to avoid injury, PC Mc Vane jumped back and was then tackled swiftly and aggressively by Mandy who overpowered him with his superior strength and size. The officers alleged that Mandy, who was now on top of PC Mc Vane, choked him, causing him to fear for his life. They allege that Mandy also attempted to stab PC Polius while remaining on PC Mc Vane, attempting to strangle him and that PC Mc Vane, in self- defense discharged one bullet in the direction of Mandy who was still on top of him, hitting him in the chest area.

The officers stated that Mandy was neither shot negligently or recklessly but in self-defense by PC Mc Vane in fear for his life and in response to an unprovoked and aggressive attack. They denied the allegations of bad faith and maintained that they used the necessary force to protect themselves against the attacks of Mandy. The officers also denied targeting Mandy as they were on mobile patrol at the time and said Ms. Louisy was not entitled to any of the relief claimed. They called, via their representative, for the claim by Ms. Louisy to be dismissed.

The Judge, by way of conclusion, said she did not accept that PC Mc Vane shot Mandy in self-defense. She also found the shooting of Mandy to be unlawful and an excessive use of force in the circumstances.

“I also find that PC Mc Vane and PC Polius were negligent in their handling of Mandy from their first contact with him. The claimant (Ms. Louisy) is therefore entitled to damages,” Judge Cenac-Phulgence said.

Mandy’s mother was also awarded damages for loss of expectation of life in the sum of $5,000.00 with interest on the total amount of $14,838.98 at the rate of 6 percent per annum from the date of judgment to the date of payment. A prescribed cost to Ms. Louisy pursuant to Civil Procedure Rule (CPR) 65.5 in the sum of $2,225.85 was made.